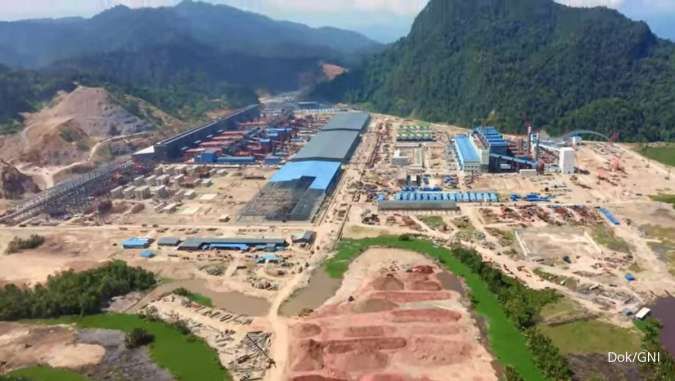 Dandim 1311 Morowali, Lt. Col. Inf Constantinus Rusmanto asked the public not to be afraid anymore and plan to leave their place of work, so that PT GNI could soon resume operations. According to Rusmanto, there are still rumors circulating that the atmosphere at PT GNI is still tense.

“That is not true. This guarantee of security certainty also needs to be spread to other regions because after the incident, to be honest, this has greatly affected large investments in Morowali,” said Rusmanto.

Regarding recovery efforts, according to Rusmanto, the most important thing is assistance from sub-district heads and village heads to appeal to residents, community leaders, and migrants in their respective areas not to be provoked by negative issues that are still circulating.

Likewise, PT GNI’s HRGA Manager, Muknis Basri Assegaf said, a conducive situation was created due to the alertness of the security forces in handling this case so that the situation could be controlled and normalized.

He also asked for the support of all parties, including the community around the mine to maintain the security situation.

Meanwhile, the Head of the National Police Public Relations Division, Inspector General of Police Dedi Prasetyo also explained that currently the situation is gradually becoming conducive. The police continue to seek dialogue between related parties to create a conducive atmosphere in Morowali.

“The dialogue effort brought together various parties involved, such as labor unions and companies,” said Dedi.

Indonesian President Joko Widodo has also instructed the police to clearly and openly disclose the clashes that occurred at PT GNI, North Morowali, Central Sulawesi. In addition, the President also requested that the perpetrators be dealt with firmly.

“The president asked the police to disclose this as openly as possible and also guard and oversee so that all operational activities carried out by the company can run again,” said the National Police Chief.