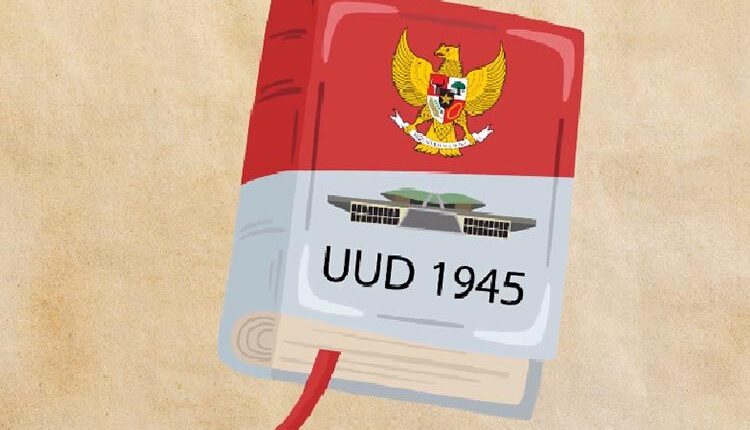 Papua Special Autonomy (Otsus) is a government policy that aims to advance Papua from various sectors. The policy was formulated based on the 1945 Constitution.

The Papuan People’s Assembly (MRP) submitted a judicial review of Law Number 2 of 2021 concerning Special Autonomy for the Papua Province (UU Otsus Papua) to the Constitutional Court (MK). Coordinating Minister for Political, Legal and Security Affairs (Menko Polhukam) Mahfud MD conveyed that the formation of the Papua Special Autonomy Law was in accordance with the principles and mechanisms of the 1945 Constitution.

On the occasion of the trial reading the President’s statement/answer to the request for a review of Law No. 2 of 2021 concerning Special Autonomy for the Papua Province, which was submitted through his written statement.

Mahfud conveyed, based on the provisions in Article 5 paragraph (1) and Article 20 paragraph (1) and paragraph (2) of the 1945 Constitution, the President has the right to propose and has the power to form a Law through a discussion process to reach an agreement with the DPR. Mahfud said that other institutions or parties cannot participate in determining II, but in the process the inputs and opinions of other parties must be heard and accommodated.

Mahfud said that the President has the right to submit draft laws and has the power to form laws, with the mechanism that each draft law must be discussed by the DPR and the President for mutual approval.

No institution or person may participate in determining in the collective agreement the exclusive powers and rights of the DPR and the President (Government) although of course during the process it is deemed necessary and must listen to various opinions and inputs from the community.

The Papuan People’s Council (MRP), which is the applicant for testing in this case, has no right to convey and have its opinion heard in the process of its formation and this has already been done as will be proven at trial.

Mahfud explained that the purpose of the Papua Special Autonomy Law was to advance the Papua Province which is a legal part of the Unitary State of the Republic of Indonesia (NKRI). Mahfud said that in the formation of the Papua Special Autonomy Law, the government also used a bottom-up and top-down approach in implementing its policies and programs so that acceleration and accuracy would occur as expected.

The Special Autonomy Law was formed with the aim of strengthening the bonds of unity and advancing Papua as a legitimate part of the Unitary State of the Republic of Indonesia, both based on our constitution and legal system, as well as according to international law.

Mahfud explained that later in carrying out regional expansion in Papua, it was carried out in accordance with the political and administrative needs of the government. He said he did not close the room for other parties, including the MRP, to take the initiative to provide bottom-up input.

Related to this, in the formation of the Law on the Expansion of the Special Region of Papua later, the initiatives and proposals can come from the Center and can come from the regions according to the needs of politics and government that are accelerated and accurate or on target. Such a provision does not at all rule out the possibility for the MRP and other parties in Papua to bottom up take the initiative and submit the proposal for regional expansion in Papua.

As is known, the Papuan People’s Assembly (MRP) considers Law Number 2 of 2021 concerning Special Autonomy for the Papua Province (UU Otsus Papua) which was passed on July 22, 2021, to be contrary to the 1945 Constitution. For this reason, the MRP has submitted a judicial review to the Constitutional Court on the Law. from the special autonomy itself needs to be elaborated widely so that indigenous Papuans (OAP) can become masters over their own country.

Regarding the authority over positions among bureaucrats and political party positions, of course it is very clear, for example, the position of a regional head at the provincial level, such as the Governor in Papua, must be an Indigenous Papuan (OAP).

Without Otsus, indigenous Papuans will not be masters in their own country, but it should also be understood that when OAP has been entrusted with the trust, it must look to those who are qualified and able to carry out their duties.

Through the special autonomy policy, local governments can also build infrastructure such as bridges, roads, and other facilities and infrastructure, including empowerment programs for indigenous Papuans.

Otsus Papua has provided many benefits for the people of Papua, this policy is also in accordance with the 1945 Constitution, where with the existence of Otsus not a few young Papuans can get education up to college.

Anticipating the Spread of Radical Ideology in Papua

Strict Actions on the Brutal Actions of KST in Papua