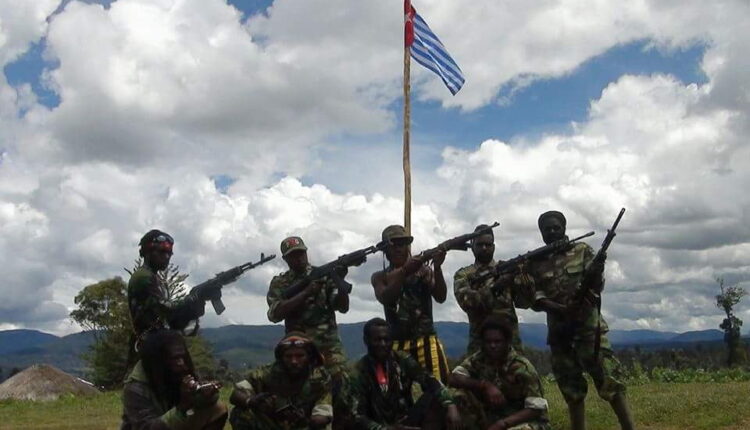 The Papuan Separatist and Terrorist Group (KST) again shocked Indonesia because they acted very cruelly, by beheading civilians. The community also supports National Human Rights Commission/Komnas HAM (Human Rights) and Amnesty International to investigate this violent case so that the gang can be brought to justice.

The Separatist and Terrorist Group (KST) is a group that is an accomplice to the Free Papua Organization (OPM). They served in the field to complete the mission of the rebellion and form the Federal Republic of West Papua. People hate KST because they often commit acts of violence and harm civilians.

One incident that angered the public was when KST brutally beheaded a civilian named Azis. The Director of General Criminal Investigation of the Papua Regional Police, Kombes Faizal Ramadhani stated that the incident took place on July 20, 2022, in Awimbon District, Bintang Mountains Regency, Papua. The killer was named Bocor Sobolim, who was a subordinate of KST Yahukimo led by Elkius Kobak.

The Papuan people were angry and asked Komnas HAM to investigate this case, because KST accused Azis of spying for the apparatus. Even though he was just an ordinary civilian who made a living as a gold miner. But when he was in an illegal gold mine, he actually lost his life due to KST’s actions. The civilians who were subjected to violence by KST were constantly slandered by spies and the accusations were repeated, showing their distrust.

Komnas HAM is obliged to investigate this case because there is no further attack. KST was proven to only be able to accuse and label the residents who were victims as spies. This shows that they are narrow-minded and narrow.

Whereas the victims are ordinary civilians who do not carry weapons to protect themselves. It could be that the accusation of spying was just a made-up excuse. His human rights were taken away by KST and he lost his life in vain. Therefore, this case must be continuously monitored by Komnas HAM.

Komnas HAM is an institution that manages human rights throughout Indonesia. If there is a case in Papua, they will also handle it, because they handle cases of human rights violations not only in Jakarta or Java. The existence of the National Human Rights Commission is very important for the enforcement of human rights in Papua.

Moreover, there was an amateur video recording in which the KST members boasted and proudly showed the head of the late Azis which had been severed. They said that the head was kept in Honai. This has violated the boundaries of human rights on a large scale. KST shows that they take other people’s rights and are stone hearted.

If Komnas HAM intervenes, there will be counseling, assessment, and research on cases of human rights violations in Papua. This case will be raised and netizens all over Indonesia read the news. They understand that cruel killings are always perpetrated by KST and they violate human rights time and time again.

Apart from Komnas HAM, this case also needs attention from Amnesty International. This institution is tasked with fighting for injustice and human rights and has handled more than 10 million cases worldwide. Although Amnesty International has its Head Office in London, England, they also have an office in Indonesia.

KST raised the issue of human rights violations to the international community in order to realize its goal of separating from the Republic of Indonesia. If Amnesty International handles this case, it will be blown up by foreign media. As a result, netizens around the world understand that KST is very cruel and violates human rights many times.

If the KST case goes viral among the international community, it is hoped that it will remove support from those who are urging Papuan independence. They have been instigated by KST and the rebel group is playing the victim by pretending to be attacked for their human rights. Whereas those who have the heart to kill cruelly and violate human rights in Papua for years.

That way, the international community will not be affected by KST’s propaganda and they fully support Indonesia, because Papua is part of the Republic of Indonesia which is legal under national and international law. KST will not receive assistance, either from countries in the Pacific region or other countries.

KST’s atrocities have crossed the line of humanity and they clearly violate human rights. This case is very serious because the one killed was a civilian and he was treated very unfairly