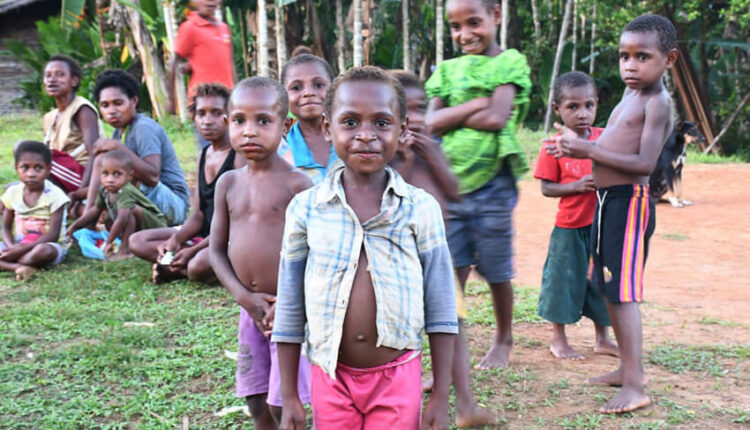 President Jokowi’s government is very committed to realizing peace in the Papua region. This is done by using various approaches, ranging from a welfare approach to a humanist approach. These methods are adopted so that the Papuan people always live in harmony and peace, without fear of the shadows of rebel groups.Papua is a region with great potential, especially in the tourism sector. Foreign tourists enjoy the exotic nature of Papua and admire the beauty of Raja Ampat. To support tourism, the safety factor must be increased. Moreover, in Papua there are still KST (Separate and Terrorist Groups) that can disturb the security of residents and guests.To improve peace in Papua, the government takes various approaches. First, the government launched a welfare approach. Vice President K.H. Ma’ruf Amin stated that the welfare approach would make Papua safer. The welfare work program can be completed soon, and the concrete step is the Master Plan for Accelerated DevelopmentIn a sense, peace in Papua will be realized because the people are prosperous. So far, rebel groups have complained that in Bumi Cendrawasih the government is not paying attention to conditions. Indeed, this is the effect of the centralization carried out by the New Order. However, since decentralization and the reform era, the government has tried hard to develop Papua.The government’s intention to prosper Papua is to start special autonomy (otsus) in 2001. Otsus will be extended again in 2021 because it has proven to be very useful for the Papuan people. They become more prosperous because they have various facilities and infrastructure, such as the Trans Papua Road, Youtefa Bridge, Sentani International Airport, etc.The government really intends to prosper the Papuan people by improving infrastructure, not by providing social assistance (bansos). The reason is because money can run out, while with infrastructure the effects will be felt for decades to come. If the mobility of the people is smooth, their work and business will also be smooth.When people’s mobility is smooth, Papua will be more peaceful because it minimizes KST disturbances. The reason is because if there is a KST attack, then the officers can glide quickly on a smooth road. The chaos will be quickly resolved and in the end people will not become victims.Remember that the geographical condition of Papua is very different from that of Java, where there are still many mountains, hills, forests, and steep roads. If the path is improved then the gloom in the bush will disappear. It could be that in a remote and gloomy area there is a KST headquarters, so they can be picked up quickly.With a welfare approach, there will be clear evidence that the government is paying attention to Papua. May KST be touched and see the hard work of the government. Then they returned to the lap of the motherland, repented, and dissolved the organization by themselves. Peace will be realized because of a successful welfare approach.The government also has a humanist approach strategy, due to the fact that KST members are still Indonesian citizens (Indonesian citizens). The difference is with ordinary civilians, their minds are still lost and do not know the big difference between President Jokowi’s government and the New Order government. It is hoped that with a humanist approach, they are aware that the government will not act beyond the limits.The humanist approach is carried out by sending religious leaders and community leaders. They come to the midst of the Papuan community and talk, to find out the problems there. If there is a KST member who disguises himself, he will be reprimanded, then realize that what he did was wrong. There should be no more rebellions for hurting fellow Papuans.In addition, with the inclusion of religious leaders in the community, civilians who are secretly pro KST will realize that they are also guilty. It is not allowed to supply money or food to KST members. For example, if they do it forcibly (because they are under threat) then they should immediately report it to the security forces, instead of being silent and accepting their bad luck.Speeches from community leaders and religious leaders will be heard more by the community, including KST members. It is hoped that with a humanist approach, KST will be touched and repent one by one. If there are KST members who surrender to the authorities, they will not be arrested. However, they are guaranteed their safety and are looking for a new job.With a humanist and welfare approach, peace in Papua will be achieved 100%. There will be no disturbance from KST, because its members are aware that the government has built a lot of facilities and infrastructure on Cendrawasih Earth. In addition, with a humanist approach from religious leaders, KST will hear more because these figures are highly respected. The government really maintains its commitment to create a peaceful Papua. The way to do this is by launching a welfare approach and a humanist approach. It is hoped that with these two types of approaches, it will minimize armed contact. Peace on Earth of Cendrawasih will soon be realized because of it.