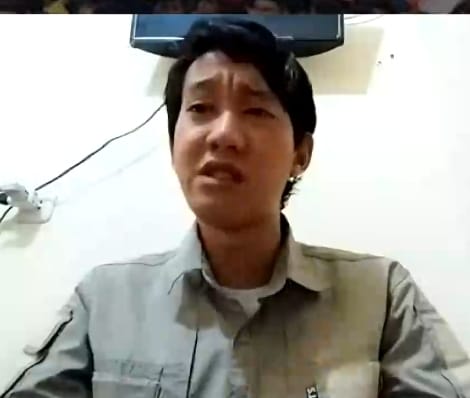 Jakarta, CIDISS.CO – Jakarta – The Criminal Code (KUHP) is a book of criminal law that is too ancient because the values ​​of colonialism in it are still very strong. The Criminal Code contains rules that are not yet significant and are considered no longer in accordance with the times.

The head of the Millennial Guard, Mohammad Rivaldi Dochmi, said that millennials or youths have a strong desire for the Criminal Code to be revised or updated to become “more Indonesian” and in line with the nation, especially Pancasila.

“However, in 2019 there were revisions that were not right on target so that the rejection of millennials and society in general was very broad. Therefore, there has been a delay in the ratification of the RKUHP,” said Rivaldi Dochmi in an online dialogue with Pancasila TV, Monday 17/10/2022.

Furthermore, there are 14 crucial issues that are the main discussion of the Draft Criminal Code (RKUHP).

“The things that have been discussed for quite a long time include customary law, capital punishment, insulting the president and vice president, abortion, and adultery,” explained the head of the Millennial Guard.

The Ministry of Law and Human Rights as the one who proposed the RKUHP has carried out a fairly good upgrade to date, for example quite significantly regarding the insults of the president and vice president.

Rivaldi continued, including ordinary offenses in which everyone does not need to be directly affected, but now it is a complaint offense that can only report being victims or affected (president or vice president) with a record that it can be reported if it is not in the public interest.

“This article on insults can be a disaster for students and activists who criticize the president or vice president. This is actually quite calm because it cannot be reported if it is on the basis of public interest,” said Rivaldi.

For that, there is an explanation of how insult and criticism are different. When the law is clear and not confusing and right on target, then this regulation is very necessary.

According to Rivaldi, in a fairly long process since 2019, when the president was ordered to re-analyze the contents of the problematic articles of the RKUHP, the Ministry of Law and Human Rights carried out massive socialization and publications in the community.

“There are activities to absorb people’s aspirations regarding the RKUHP in 20 cities throughout Indonesia. There have also been many publications in the media about the contents of the RKUHP, both from the Ministry of Law and Human Rights website and other media,” explained Rivaldi.

Rivaldi said, judging from the process, the RKUHP has been ratified in phase 1 and is currently a priority Prolegnas in 2022. It is highly hoped that the DPR RI will ratify it soon.

However, before the plenary process of ratifying the RKUHP, there must still be massive socialization. The public must understand the importance of the revised RKUHP.

“The government is expected to listen to the aspirations of the community and students regarding corruption issues. Before it was included in the RKUHP, the Corruption Act was already in place. The Ministry of Law and Human Rights and the Indonesian House of Representatives must re-discuss with the public regarding the issue of corruption in order to make it clearer about the implementation of the Anti-Corruption Law with the RKUHP,” concluded Rivaldi.

As millennials and Indonesians, they really hope that the RKUHP will soon be ratified with some of its notes and there is a need for socialization and publication to the public.

“Don’t let us still use the old RKUHP. The public wants a new, more democratic, Indonesian and Pancasilaist criminal code, so that the values ​​of colonialism can be washed away,” said Rivaldi.