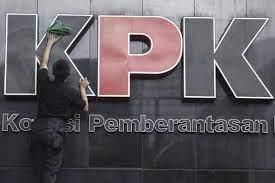 The National Insight Test (TWK) is still the subject of public discussion, even though KPK employees have been appointed as ASN since June 1, 2021. This test remains viral because someone protested against it and took it to Komnas HAM. Whereas TWK is a filter to prevent radicalism in all KPK employees.
The Corruption Eradication Commission (KPK) is an institution known to be fierce, because of its task of eradicating corruption, collusion and nepotism in Indonesia. As a state institution, of course the KPK is subject to the law, including when all its employees must take a national insight test as a condition for entering ASN.
However, there are those who do not agree with the national insight test and then accuse them of playing back, even though TWK is a means to select whether there are KPK employees who are contaminated by radicalism. If they work for state institutions, they can’t be radicals who betray the state, right? Radicalism must be eradicated, including within the KPK.
Hendardi, Chairman of the Governing Body of the Setara Institute, stated that TWK is a way to prevent intolerance and radicalism in the KPK. The government is eradicating radicalism not only in the KPK. But also other institutions such as TNI, POLRI, and so on. In a sense, radicalism is being aggressively eradicated in Indonesia and TWK is not a made-up test.
Moreover, TWK is not only carried out at the KPK but also in other institutions, ministries and agencies. Every CPNS must do it. So, it would be wrong to accuse anything behind this test. Moreover, the test questions were not made by KPK officials, so it would be impossible if there was a conspiracy in it.
The test to find out whether a prospective ASN has involvement with radicalism groups is very important, because as state servants they must be loyal to the state. Imagine if there was no national insight test as a filter for radicalism, then there were KPK employees who turned out to be affiliated with radical groups, what would happen?
He might abuse his rank and position to foster radicalism in Indonesia, or use institutional facilities to support radical groups. Whereas the KPK is an anti-corruption, collusion and nepotism institution. Therefore, if there are KPK employees who dare to do so, strict action will be taken because it can hinder their duties and obligations.
It is also possible that the employee has an opinion on social media about radicalism and the public thinks that his statement represents the KPK, even though it is a personal statement. The good name of the KPK has been tarnished. Not only in Indonesia but throughout the world, because nowadays news can quickly go viral on the internet.
What would Indonesia be like if all these bad possibilities happened? Very terrible. Apart from destroying the name of the KPK, it also damages the big name of Indonesia, and our country may be labeled as a radical country and supports ISIS. This certainly cannot be justified, therefore the national insight test is made to filter whether there are KPK employees who make mistakes and sympathize with radical groups.
The questions in TWK are also designed to select about radicalism, whether KPK employees understand Pancasila, SARA issues, reject LGBT, and so on. So it is clear that TWK is a tool to find out whether they are on the right path or are tempted by radicalism and other negative things.
Radicalism must be eradicated because it destroys a country from within, and radicals reject any differences. Whereas Indonesia is a pluralistic nation with the principle of Bhinneka Tunggal Ika. Therefore, radicalism must be removed, including in the KPK. The goal is that none of its employees become traitors to the state.

Handling Covid-19 Indonesia Has Been Recognized by the World