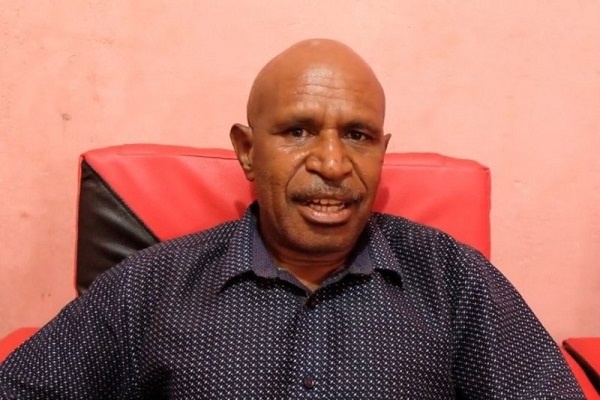 Jayapura, CIDISS.CO – The Corruption Eradication Commission (KPK) has sent a second summons to Lukas Enembe (LE) to appear before the KPK on September 26, 2022, but again LE is absent due to health reasons.

In response to this, Pdt. Dr. Yones Wenda asked Lukas to be honest with the KPK, so that the corruption case he was accused of could immediately become clear.

“There is sufficient evidence in the Lukas Enembe corruption case, therefore he must convey it honestly to the KPK,” said Pdt. Yones.

The Secretary of the Synod of the KINGMI Church in Papua revealed that all problems that occur in Papua, the state must know. Similar to the Lukas Enembe corruption case, the KPK must have known the problem.

“We, the church leaders, want Mr. Lukas Enembe to be honest. If he is not honest with the KPK, in the end, people who do not have problems in Papua, they can get involved because of the Lukas Enembe problem,” said Pdt. Yones.

Pdt. Yones also asked Lukas Enembe’s legal advisor to convey to Lukas and to the KPK what actions Lukas had done.

“If Mr. Lukas is not honest, it means he is still defending, what will happen to Papua in the future. This is what we religious leaders are worried about, because now many of the Papuan people are protecting Pak Lukas Enembe. this can lead to conflict,” said Pdt. Yones.

Pdt. Yones revealed that the land of Papua has actually received substantial financial support from the Government, but in fact there are still damaged main roads in Papua. Therefore, such large funds must be traced to all regional officials, so that their management can advance and prosper Papua.

“We’ve only heard it’s worth in the trillions, but where we are we don’t know. The KPK needs to track all these funds, so that Papua can progress in the future.

Pdt. Yones admits that Lukas Enembe is an exemplary figure for the Papuans. Therefore, if he is a leader he must set an example for the community.

“We, Papuan religious leaders, ask our legal counsel, please tell Mr. Lukas as the leader of Papua, please he can direct the Papuan people so that Papua will no longer be in conflict, so that Papua can be safe and peaceful. All of that is in the hands of the governor, Lukas Enembe,” pleaded Pdt. Yones.

To the people of Papua, added Pdt. Yones, both those on the coast and those in the mountains to understand well the Luke Enembe problem.

“Don’t get involved, be influenced by people who are not right, or people who hinder the KPK,” said Pdt. Yones.

To the younger generation, especially to students, don’t forget Pdt. Yones advised that there is no need to get involved in this issue, stay focused on their education, so that in the future they can lead Papua, which is currently developing with three new provinces.[*]

Papuan Religious Leader, Pdt. Alberth Yoku: If Enembe is not wrong, just come to the KPK