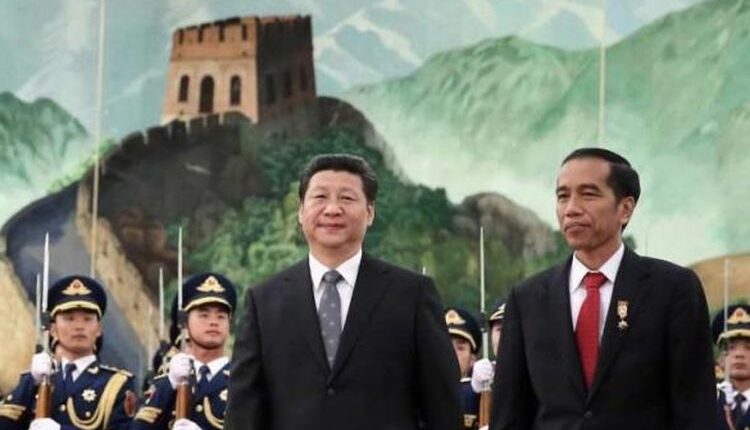 The visit made by President Jokowi to China with a special mission turned out to have very satisfying results. This is because the Bamboo Curtain country has committed to continue cooperation in the fields of investment to trade with Indonesia.

Currently, the Government is indeed continuing to struggle to immediately make Indonesia recover its economic sector after the COVID-19 pandemic. In addition, recently there has also been continued negative sentiment in the global economy regarding the threat of inflation to recession in major countries. Therefore, every effort will continue to be made in order to survive against these shocks.

One of the things that President Joko Widodo has done and has also received a lot of appreciation from many parties is by making direct working visits to three East Asian countries, namely China, Japan and South Korea. Apart from strengthening his position as the G20 Presidency, during the visit, President Jokowi also brought several missions, including world peace efforts to discuss investment strategies.

In general, there is a special mission that will be carried out by President Jokowi during his visit to the three countries in East Asia. In his statement, he said that apart from the fact that the three countries have become important partners of ASEAN and also partners in the context of the G20, a number of issues also cannot be separated from being discussed together, namely regional and world issues, health to fisheries.

On Tuesday (26/7), President Jokowi held a bilateral meeting with Chinese Prime Minister (PM), Li Keqiang. During the meeting, President Jokowi revealed that it is undeniable that China is one of Indonesia’s strategic partners and indeed the cooperation that has been carried out by the two countries has always been mutually beneficial.

Furthermore, President Jokowi also stated that the reason for his visit to China was to discuss in more detail various cooperations, especially in the fields of trade, investment, infrastructure, finance, funding to the maritime aspect. So far, the value of trade that has taken place between the two countries is quite fantastic because it has exceeded 100 billion US dollars. Even so, President Jokowi revealed that it turns out that this value still has a very large opportunity to continue to be improved.

At the end of the meeting procession, President Jokowi was officially able to withdraw investment from China. Because they convey a commitment to continue to increase imports of Crude Palm Oil (CPO) up to 1 million tons from Indonesia. Not only that, but for other things, China stated that it would prioritize any imported products, especially in the agricultural sector, only from Indonesia.

Not quite there, the two leaders also briefly discussed how to cooperate in the development sector, namely to build a Green Industrial Park in North Kalimantan. Of course, with all future prospects regarding cooperation in the fields of trade and investment, it is very appropriate that the steps that have been taken by President Jokowi to come directly to China are given great appreciation.

The Indonesian Minister of Foreign Affairs, Retno Marsudi, stated that the visit made by President Joko Widodo was the first visit from a world leader from another country to China directly outside the meeting at the Winter Olympics in Beijing. Then Indonesia will be one of the countries that China is very concerned about and has a special place there.

Another appreciation regarding the results of the working visit that has been carried out by the President of the Republic of Indonesia to China was conveyed by the Economic Observer of the Institute for Development of Economics and Finance (INDEF), Ahmad Heri Firdaus. According to him, the visit made by President Jokowi is a very appropriate strategy to be able to pay off the trade deficit that is currently happening.

How can I not, because recently there is a fairly large trade deficit between Indonesia and China before President Jokowi’s departure there. Data from the Central Statistics Agency (BPS) shows that there has been a deficit of up to 2.23 billion US dollars, accompanied by a decline in exports to China of up to 1.58 billion US dollars.

It turned out that the biggest decline was in mineral fuel commodities as well as fats and vegetable oils. Therefore, the President’s strategy to go directly to PM Li Keqiang includes discussing trade on products that have high added value when compared to how global trade competition is.