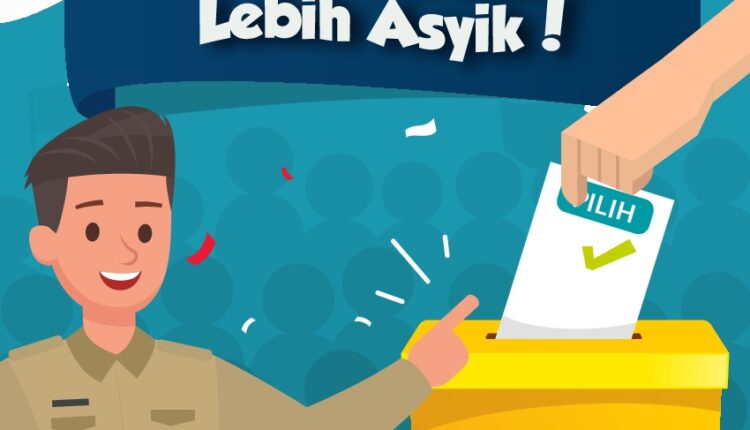 The 2024 General Election (Pemilu) is a democratic party that characterizes the Indonesian people when choosing a head of state, regional head or representative in parliament. Of course social friction may occur, so the role of Community Leaders including Ulama is needed to create a peaceful atmosphere ahead of the 2024 Election.

Ganjar Pranowo as Governor of Central Java, invited religious scholars to religious leaders to participate in the success of the 2024 elections in Central Java. According to Ganjar, their role in creating a peaceful atmosphere in society is very important.

Ganjar explained that the role of community leaders is also important in providing education. Religious leaders, clerics, including from the Indonesian Ulema Council (MUI) in Central Java.        He also said that the messages conveyed by religious scholars and community leaders were always soothing. So, people can understand the importance of Indonesian unity.

Apart from scholars and religious leaders, the Governor of Central Java for the second period also said that the apparatus also always monitored developments in society. Where law enforcement officials also have a role in educating the public about the importance of creating a peaceful atmosphere ahead of the 2024 elections.

Ganjar also stated that Central Java province is ready to hold the upcoming 2024 elections. Ganjar said the readiness was based on experience overseeing democratic parties in previous years.

On a different occasion, the Pasuruan Regency Election Supervisory Body visited the Pasuruan MUI for hearings and hospitality. The agenda aims to build coordination between institutions to improve the quality and integrity of the 2024 election.

The Pasuruan Bawaslu, represented by Misbahul Munir, conveyed to the Pasuruan Regency MUI the supervisory and prevention functions that are the responsibility of the Bawaslu. In the task of preventing potential violations of the 2024 General Elections and Elections from happening.

Munir said, Religious leaders and clerics are important actors in conducting public political education. Through the Pasuruan Regency MUI, clerics and religious leaders are the main part in conveying the importance of maintaining peace between religious communities so as to create safe and quality 2024 elections.

Munir added that his party also gave an example of the importance of religious leaders to understand potential violations in elections, for example the ban on holding campaigns in places of worship.

In Nurul Huda’s opinion, there are many similarities between MUI and Bawaslu in the election process, namely the agreement in maintaining diversity in carrying out the democratic process.

Meanwhile, Indonesia also has a very important forum to be invited to play a role, namely the Inter-Religious Harmony Forum (FKUB). The Forum certainly needs to be invited to participate in the success of the 2024 Election democratic party.

Director General (Dirjen) Politics and Public Administration, Dr. Drs. Bahtiar, M.Sc., on the occasion of the FKUB Empowerment Webinar in supporting the success of the safe and peaceful 2024 Election, said that one of the greatest strengths owned by the Indonesian people and not shared by other countries is the existence of FKUB.

FKUB has been proven from time to time to be one of the pillars that manages the harmony of Indonesian national life. For that, Drs. Bahtiar, really hopes that the election organizers, in this case the KPU and Bawaslu, will be able to build synergy and collaboration with FKUB in the regions.

Bahtiar also said that potential vulnerabilities ahead of the 2024 election could occur if election organizers do not build cooperation with FKUB, because most of the problems arise outside of the election itself.

This potential vulnerability is a challenge that must be overcome together. Not only electoral matters, but in fact there are a lot of problems outside of electoral issues that are beyond the reach of the election organizers themselves.

Meanwhile, the Head of the Center for Religious Harmony (PKUB), Dr. H. Wawan Djunaedi, MA., said that it was very important for FKUB to be involved in every national activity in Indonesia, including activities for the democratic party, the 2024 election.

Moreover, FKUB is the largest harmony institution, both nationally and internationally. There are currently 545 FKUB institutions in 34 provinces, 98 cities and 413 districts.

FKUB’s strength is proven because it consists of interfaith leaders, where they have dedicated their lives to maintaining religious harmony. This is of course necessary in order to reduce the politicization of religion which is prone to cause polarization.

The hope is that FKUB can carry out a peaceful campaign ahead of the 2024 elections, and can spread messages of inter-religious harmony.

Community leaders and clerics have an important role in creating a safe, calm and peaceful atmosphere ahead of the 2024 elections. They have the ability to invite and appeal to the public to play a role in maintaining peace ahead of the democratic party.