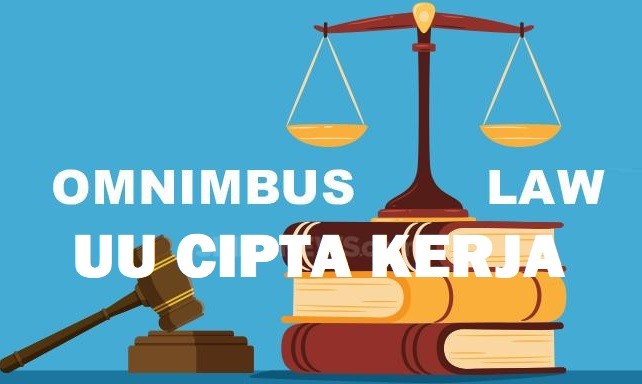 In an effort to improve the law, the government remains committed to establishing a system that makes it easier for the public to carry out all forms of administration related to business permits in order to increase domestic investment through the issuance of Law Number 11 of 2020 concerning Job Creation.

The implementation of the Employment Creation Law continues to be carried out, in line with the Constitutional Court (MK) Decision Number 91/PUU/U-XVII/2020, which among others mandates to involve more public participation to realize meaningful participations in the improvement process.

Various efforts have been made by the Task Force for the Acceleration of Socialization of the Job Creation Law, one of which is by holding a Focus Group Discussion (FGD) with academics regarding the implementation and improvement of the Job Creation Law related to the protection and empowerment of cooperatives and MSMEs. The FGD was held in Denpasar, Bali on Thursday 14 July 2022.

Chairman of the Task Force for the Acceleration of Socialization of the Job Creation Law, Mahendra Siregar said that the Job Creation Act is a new breakthrough in Indonesian law that tries to integrate dozens of laws into one law.

The Job Creation Law, which was designed and formulated through the Omnibus approach, is a proof for the Indonesian people that we are able to simplify dozens of laws into one law, so that the licensing and bureaucracy of business and investment permits is shorter and easier to apply.

Furthermore, Mahendra also said that the G20 Presidency is a momentum, not just a turn or just participating, but also a proof for Indonesia to be able to mobilize the widest possible investment to the world.

As such, the Indonesian economy remains stable and strong, with many countries experiencing an economic downturn and a significant rise in inflation.

The job creation law is considered a sweeping universe law, where this law is able to answer many business and investment problems in Indonesia so that our nation can face globalization simultaneously. For this reason, it is important that this law is formed based on the aspirations of the people that have been published in various media.

On this occasion, the Manpower Expert, Tadjuddin Noer Effendi, explained that Indonesia has a very large demographic compared to neighboring countries such as Malaysia and Thailand and this is a great opportunity for Indonesia’s economic transformation in the future.

The socialization activity was followed by a discussion from the participants with the resource persons which ran intensely and interactively who freely expressed their aspirations and opinions regarding the implementation and improvement of the Job Creation Law.

On a different occasion, Romli Atmasasmita as Professor of Law at the University of Padjadjaran assessed that Law number 11 on job creation could have a positive impact on the republic of Indonesia. According to him, the Job Creation Act is still valid after the issuance of the Constitutional Court’s decision. However, the government and the DPR, as legislators, have two years to revise the text of the Job Creation Law. Therefore, during the discussion on the revision of the Law, all parties were asked to act as statesmen and put aside political interests.

The Constitutional Court also decided that this law would still be in effect in the next two years as the process of improvement. However, the government is no longer allowed to issue derivative rules from the Copyright Law since the decision and is valid for two years.

It should be noted that the Government and the DPR have a 2-year deadline to revise Law Number 11 of 2020 concerning Job Creation as mandated by the Constitutional Court’s decision No. 91/PUU-XVIII/2020. Related to this, a number of academics also gave their views so that later the polemic of the Job Creation Law would not happen again.

The Job Creation Law was formulated so that entrepreneurs are not haunted by complicated administrative arrangements. With the acceleration of the revision of the Job Creation Law, it is hoped that the licensing process will be easier and the investment flow will be smoother.

Need Support for the Fourth Dose of Covid-19 Vaccination Plan