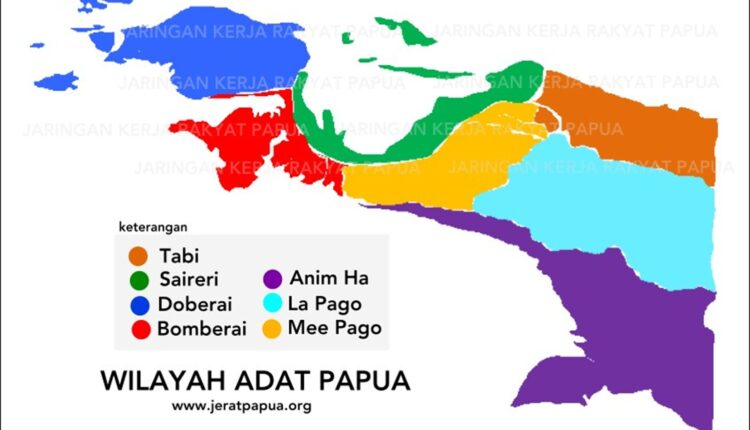 The Government of Indonesia’s policy to establish New Autonomous Regions (DOB) in Papua and West Papua is in fact a very realistic policy. In addition, this policy is a powerful solution and is in accordance with the constitutional mandate.

In order to improve welfare and accelerate development equality in all regions in Indonesia, the Government’s move to implement the New Autonomous Regions (DOB) in Papua and West Papua is indeed a very good thing to do.

Fahri Bachmid as an expert on constitutional law stated that this was actually done in the context of pure political will from the central government. Of course, as the central government, those who have full authority can continue to encourage the improvement of welfare in the community in a much more focused, integrated and sustainable manner of course.

Not only that, but the policy taken regarding the new autonomous regions in Papua, according to Fahri, is a very realistic thing as a solution and is in accordance with the provisions of the constitution. In addition, there is also a legal policy that regulates the provision of legal certainty in order to be able to improve the welfare of the Papuan people.

This is as stated in Law (UU) Number 2/2021 concerning the Second Amendment to Law Number 21/2002 concerning Special Autonomy for the Papua Province. It clearly states that the Government must provide legal certainty in order to be able to protect and uphold dignity, affirm and protect the basic rights of Indigenous Papuans (OAP) in the economic, political and even socio-cultural fields.

Furthermore, Fahri said that the new autonomous regions would also greatly help the Papuans themselves in order to improve the quality of public services there, and would later become a bridge capable of leading to the sustainability and sustainability of development in the Papua region.

The steps taken by the government are very appropriate, that is, it is the duty of the state to be able to make efforts to continue and optimize revenue management. Then later the implementation of the division of the region will be realized in an accountable, efficient, effective, transparent and also right on target.

So far, one of the criticisms of the Government is regarding the problem of not paying attention and adapting to the needs of the local public concerned in carrying out development, precisely with the existence of this new autonomous region, this will not happen.

The policy for the formation of new autonomous regions has also been in accordance with the aspirations of the community which is expected to improve the welfare of the community. The formation of new autonomous regions must also be seen at a macro level, namely in the context of strengthening the integrity of the Unitary State of the Republic of Indonesia.

In this case, the Government will of course continue to be guided by the constitution in force in Indonesia, moreover it is in accordance with the mandate of Pancasila which is the ideological guideline for the founding fathers of the nation, namely in the fifth precept of just and civilized social justice. Therefore, the development of social welfare is certainly the responsibility of the Government to realize this.

) *The author is a Papuan student living in Jakarta