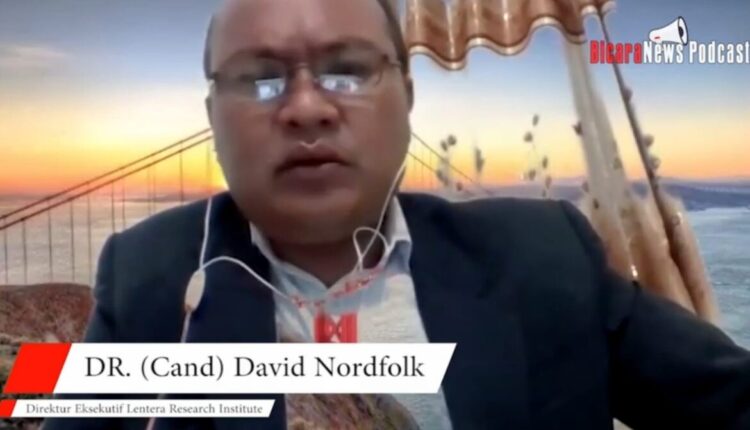 The division will begin to be discussed in the 2022 Bill (RUU). And the new province of Papua is expected to exist in 2023.

The plan for the expansion of Papua will soon be implemented. This was revealed by the Minister of Home Affairs (Mendagri) Tito Karnavian regarding the plan to form a new autonomous region (DOB) in Papua.

Executive Director of the Lentera Research Institute, DR. (Cand) David Nordfolk said the central government had obstacles in its efforts to create a developed Papua because of the vast territory of Papua.

“One of the obstacles for the central government in its efforts to create an advanced, prosperous and peaceful Papua is the vast territory of Papua. Many Papuan people still live in remote and difficult to reach areas,” said Dr. (Cand) David Nordfolk in an online/podcast interview.

“On the other hand, people find it difficult to experience public services because of their far geographical location,” he said

The division of the province in Papua is a strategic step taken by the central government to accelerate development in order to realize an order of life for the Papuan people that is advanced, prosperous and peaceful.

David explained that the expansion of an area is one way to facilitate regional development.

“The expansion of a region is a method or model of approach to accelerate and facilitate the acceleration of development in the region, and the newly formed autonomous region is an entity as a geographical, political, economic, social and cultural unit,” he explained.

Supporting the Acceleration of Revision of the Job Creation Law

The Expansion of Papua Increases Security Stability in Papua