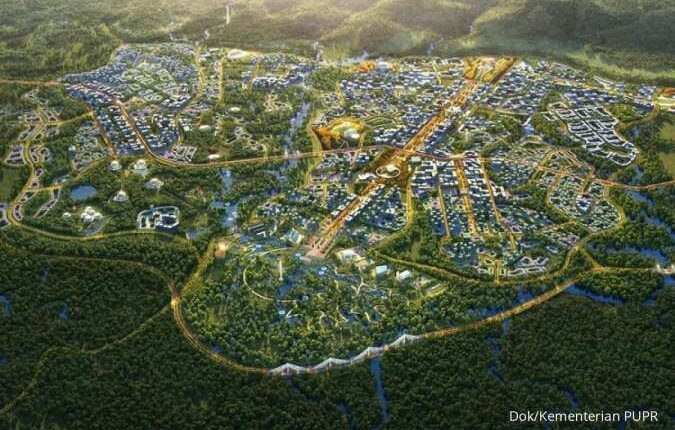 IKN Development Does Not Disturb Reforestation and Forest Revitalization in Kalimantan

Reforestation and forest revitalization in East Kalimantan will not be disturbed by the existence of the National Capital City (IKN) development project. IKN development has been carefully calculated according to the plan to develop the area as a Forest City.

The IKN development project in East Kalimantan, which was planned as the new capital city of Indonesia, was initiated by revitalizing and reforesting forests first. This was stated directly by President Joko Widodo. Furthermore, he added that the first phase in the development will focus on the central core of Government.

Because the initial stage will indeed carry out revitalization and reforestation of forests first, then the President also emphasized that the development of this IKN will show how great the Indonesian nation is, so it is not just moving civil servants and building government buildings.

The guarantee of the sustainability of environmental ecosystems and the aspiration to be able to realize a forest city with international standards are still the government’s vision and mission to date in the development of the IKN. The projection that will be carried out later is that around 70 percent of the IKN area will become a green area. Of course this shows how the commitment of the Government of Indonesia to take part in climate mitigation.

Therefore, in its own development, President Jokowi said IKN would really need contributions from various groups. It’s not just about business, but there must be good urban planning and design involving architects, engineers, environmentalists, social, economic, cultural, artists and other experts to be able to build the country together.

As also said by Muhammad Syafrudin as Member of Commission IV DPR RI that the forest in the IKN development area has a very good condition. For that, there must be something called revitalization and reforestation, as the real condition is 100 percent as before.

It is undeniable because the forest has a very important function as an environmental ecosystem, able to maintain air circulation and maintain all habitats, both flora and fauna that exist there. The reason is that in the forest there are not a few endemic plants or animals which of course their fate must also be considered.

In order to be able to continue to maintain these habitats, for now the Ministry of Environment and Forestry itself has carried out massive plant seeding, especially for endemic and native fauna originating from Kalimantan itself. This step should be given appreciation because it will be able to provide new alternative habitats for them so that their lives are maintained.

The commitment of the Government of Indonesia to truly balance the aspects of development with aspects of maintaining the environmental climate was also stated by the Palace Designer at IKN, Nyoman Nuarta. He ensured that at the State Palace later efforts would be made to avoid the greenhouse effect and radiation. In addition, comfort through good air circulation will also continue to be considered.

Indeed, one of Indonesia’s goals is to succeed in moving towards a net zero carbon movement, even being 100 percent able to only use renewable energy, at least projected until 2060. With about 70 percent designed to be a green area, this IKN will be effective in lowering the temperature by about 2 degrees.

The government is committed to building IKN, not only prioritizing the infrastructure aspect, but also maintaining the health of the environmental ecosystem. The IKN development plan needs the support of the wider community, so that the IKN design can be realized in accordance with what is desired together.

Supporting the Draft Law on the New Autonomous Region of Papua