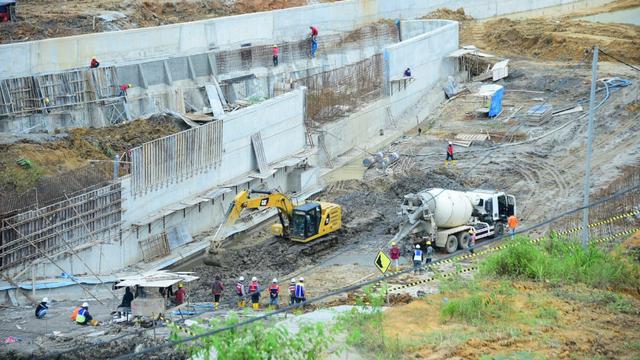 The development of the National Capital City (IKN) will continue to prioritize environmental balance and later the city will become a forest city. This commitment is maintained by the Government because the island of Borneo is one of the lungs of the world.

Currently, the Government is continuing to move the State Capital from DKI Jakarta to Penajam Paser Utara, East Kalimantan. The development of the national capital must be as perfect as possible because it will represent the face of Indonesia. Later IKN will be called ‘Nusantara’ and become a dynamic ultra-modern city.

In a sense, IKN development is really in accordance with the environmental balance and obeys the applicable rules. There will be no development that will harm the community and make them lose the forest that is the pride of the people of Kalimantan. The development will certainly protect the environment, and IKN is indeed set to become a forest city.

The concept of a forest city is indeed appropriate, because in fact Kalimantan was given a gift from God in the form of a green and soothing forest. The city that will be built will be very modern without compromising the existence of forests in East Kalimantan. Moreover, the forest in Kalimantan is not only an air filter, but also a place for some people to work as seekers of firewood or leaves that can be sold to the market.

In addition, forest city is also in accordance with President Jokowi’s order, that 75% of IKN development must be green. The Ministry of Environment and Forestry will build a nursery so that later healthy tree seedlings will grow. The location of the tree seed nursery is in Mentawir Village, North Penajam Paser, East Kalimantan, and has an area of ​​35 hectares.

Minister of Environment and Forestry Siti Nurbaya stated that the land for trees in IKN is 120 hectares, which is also the center of the National Germplasm. It is estimated that 12 to 15 million trees are produced per year.

Later, the seeds will be planted according to the city plan that has been designed by the planologist in the IKN project. It is predicted that the capital city of the archipelago will become an area that is not only ultra modern, but also cool because there are lots of trees there. Indonesia will have a beautiful, green and proud capital city.

In a sense, green IKN will make children, grandchildren, and their descendants enjoy the fresh air. There will be no aridity in Kalimantan in the future after the capital is moved there. Moreover, Kalimantan is one of the lungs of the world. It is impossible for the government to clear forests for the sake of an overly ambitious IKN project.

Kalimantan’s forest conservation must be maintained because it is a world asset. If Kalimantan’s forests are drastically reduced, of course the government will immediately be sprayed by the United Nations (United Nations) and WWF (World Wide Fund for Nature). People do not need to be afraid of development that is detrimental to the environment, because from the beginning the government has designed a green city as perfect as possible.

If IKN becomes green because it has a green city concept, it will benefit the welfare of the people of Kalimantan. In a sense, this city will be very attractive to investors so that they invest capital to make it happen. If there are many investors, the construction will be even better, and people can get jobs as workers on the investment project.

The community does not have to worry that there will be deforestation in East Kalimantan in the context of IKN development. Project development does not always conflict with the environment, because the government prioritizes greenery in IKN. The concept of forest city is very brilliant because it was initiated by the government of President Jokowi and there will be no reduction of forests at all in Kalimantan because of IKN.

If someone says that there will be deforestation, it could just be a hoax deliberately spread by people who do not agree with moving the capital city to Kalimantan. Indeed, the transfer of IKN is something that comes as a surprise, so it is natural that some have not agreed to it. In fact, since the reign of Bung Karno, he has aspired to move the capital city to Kalimantan so that it is in the middle of Indonesia.

IKN development will strengthen the environmental balance, not only in East Kalimantan but also throughout Kalimantan. There will be no deforestation or environmental damage when the city is