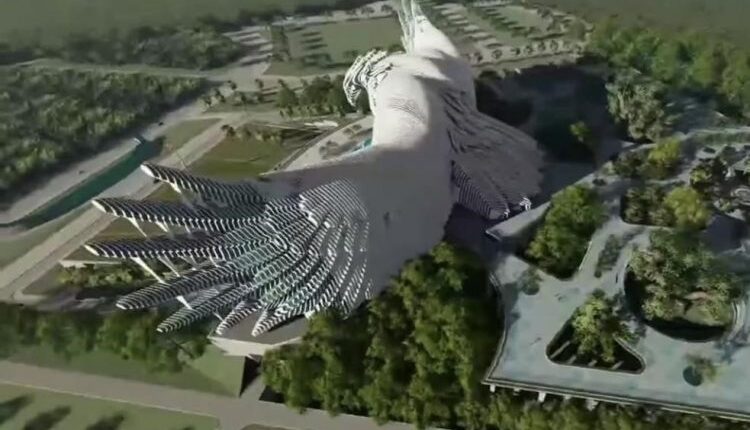 The relocation of the National Capital City (IKN) is not only interpreted as the transfer of government buildings. The IKN relocation is an effort to change work patterns and accelerate social transformation in order to create a highly civilized society.

The new state capital (IKN) in North Penajam Paser has not been inaugurated because it is currently still in the preparation stage. It is planned that in 2024 IKN will be inaugurated. Various preparations were indeed made to run smoothly, starting from supporting facilities, roads for infrastructure, to preparing for social transformation.

Social problems must be anticipated, but there is no conflict, because the natives there accept newcomers with pleasure. The public does not need to worry because the transfer of the capital city has taken place officially and its implementation is monitored by both the central government and the regional government of East Kalimantan. So that the indigenous people accept with an open heart and will not conflict with the immigrants.

Indeed, there will be changes after the IKN in East Kalimantan, especially because there are immigrants and natives. This will trigger social transformation, namely a complete change in society that occurs due to contact with other cultures. An example is the development of information and communication technology.

Head of the State Intelligence Agency General Police (ret) Budi Gunawan stated that the development of the nation’s capital is an acceleration of social transformation development, towards the creation of a highly civilized and advanced society. Budi Gunawan continued, this sociocultural target is proof that the development of the Nusantara IKN is not just a matter of building facilities, infrastructure or infrastructure. Therefore, prospective IKN residents must have an understanding of Indonesia’s vision of human development. So that there is an increase in the capacity to accept change, diversity, and accept change, aka absorptive capacity.

Prospective residents of IKN are ASN who were brought from DKI Jakarta because their office moved to East Kalimantan. However, later the population there will also be added from the civilians. These additions must understand that moving is not just moving, but also must be able to adapt to conditions in Kalimantan which are very different from those in Java.

It is hoped that the new residents of IKN will bring many positive things such as teaching local residents about information technology. HP is not only open to WA or social media, but also used as a tool to find money, by opening stalls in cyberspace. If they are taught about online business, of course they will be more advanced, because the merchandise market is expanding (all over Indonesia and even the world).

Another example of the transformation that occurs is the use of the internet in everyday life. Don’t just open a site to play games, but there are still many benefits. For example, to open various sites about science and get the latest lesson modules, create your own website so as to enlarge the potential of the area, etc.

Thus, social transformation will occur smoothly. The natives will welcome the newcomers with open arms, because they are polite and willing to impart knowledge, especially in the field of information technology. Transformation is important because there must be equality throughout Indonesia, including in Borneo.

Moving the nation’s capital to Penajam Paser Utara, East Kalimantan, will bring many benefits. There is not only the construction of facilities and infrastructure, but also social transformation. The indigenous people of Borneo will benefit from being able to better understand information technology to make their lives easier.