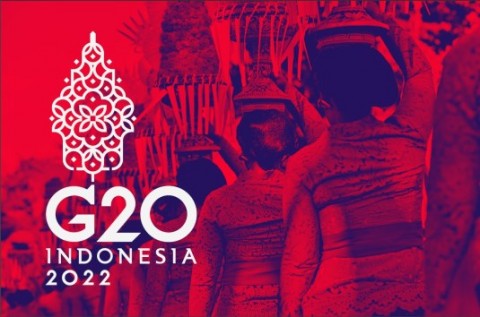 In the G20 Summit, Indonesia will raise the issue of energy transition. This issue is very important as the Government’s strong commitment to encourage the use of environmentally friendly energy.

When Indonesia is appointed as the G20 presidency, it will automatically become the host. There are many advantages when we host the G20 Summit in 2022. Apart from enhancing friendly relations between members, the government can also present important issues in the international forum. One of them is the issue of energy transition.

The government will raise the issue of energy transition at the G20 summit. This energy transition will also be supported by the International Energy Agency or IEA, an international organization. Fatih Birol, Executive Director of the IEA stated that it is an honor for me and the IEA to support Indonesia’s agenda. Moreover, Indonesia is the first developing country to hold the G20 presidency.

Fatih Birol continued, praise should be given to President Jokowi, because later at the G20 Summit, it will not only discuss overcoming the effects of the pandemic, but also the importance of the energy transition. In a sense, the big theme of this year’s G20 Summit is: recover together, recover stronger. However, the issue of energy transition is also shown because it is considered as important as handling the effects of the corona.

With this new energy source, it will be more effective because it is more abundant in supply so there is no fear of running out. We can’t depend on fossils for a long time as a source of energy (to make kerosene, coal, etc.), because the stock is also limited, and after all, it takes a very long time to produce. So that the energy transition is needed so that it is not dependent.

The transfer of energy sources is mandatory and Indonesia already has a wind power plant in Sidrap in 2019. With this power plant, there is a pilot that can be shown at the G20 Summit so they can see for themselves how great the benefits are. If there are examples, then it is proven that Indonesia’s invitation is not just talk, but has valid evidence.

The transfer of energy sources from fossils to natural energy such as sun, wind, and biofuels, is very important, because it will love the earth more. Therefore, the government promotes it, while there is a G20 summit. The government shows the advantages of renewable energy sources and hopefully the members of the G20 Summit will also follow Indonesia’s steps.

It is hoped that the members of this international forum will understand that the disadvantage of using fossil fuels for energy sources is that it generates excessive heat. If there is excessive heat, it is certainly not good because the earth’s temperature can rise. Even though global warming can have negative effects, for example, melting polar ice caps is dangerous because it can drown the surrounding countries.

It is proven by the energy transition that they are more environmentally friendly, because the energy produced by natural power plants (solar or wind) does not produce emissions. So that the air quality is also healthier.

Indonesia is Conducive for Investment