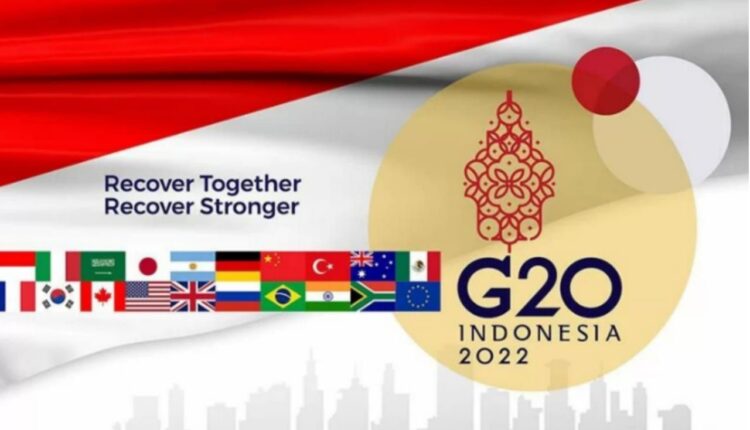 Infrastructure for the G20 Summit in Bali is Ready and Adequate

All infrastructure to support the continuity of the G20 Summit or Summit in Bali is ready and adequate. The hope in the future is that the international forum procession held in Indonesia will be successful and smooth.

The Group of Twenty (G20) Summit, which is the main forum for discussing international economic cooperation with members of the world’s largest economies, will be held with Indonesia as the Presidency as well as the host.

Actually, the series of events for the G20 Summit itself has been going on since December 1, 2021 and the peak is planned to take place in Nusa Dua, Bali on November 15-16, 2022. Regarding the implementation in Bali, the Regional Secretary for the Province of Bali, Dewa Made Indra, emphasized that Bali is very ready to fully support all the implementation of the G20 Summit so that it can run as expected.

In addition, according to him, with the G20 Summit held in Bali, it becomes a very good momentum to be able to inform the world that Bali will soon rise again in its tourism sector, which previously had slumped due to the Covid-19 pandemic.

So far, the facilities that have been focused on in Bali itself related to the implementation of the G20 have covered several things, including logistics and infrastructure, hotel accommodation, meeting facilities, security, arts and health. It can be seen that with all the readiness regarding infrastructure that has been accommodated by Bali, the Regional Secretary Dewa Made emphasized that everything is adequate and is also very ready to support the continuity and smooth running of the forum.

One of the infrastructures that can be highlighted is the I Gusti Ngurah Rai International Airport which has been prepared to be able to receive delegation guests from the technical side to the Cleaning, Health, Safety, Environment Sustainability (CHSE) protocol which includes the hygiene, health, safety and environmental sustainability protocols. .

Even the repair of all infrastructure at Banda I Gusti Ngurah Rai is still being carried out until now, which includes the work of the VVIP canopy building, the construction of the VVIP building to welcome the arrival of heads of state/government including the delegates of the G20 Summit to the arrangement of the route from the airport to the venue at the airport. Nusa Dua is being processed to ensure that all roads are safe.

Dewa Made also added that most areas in Bali already have internet connection access. The Provincial Government has installed up to 1,828 free hotspot points in various public services such as health, schools, tourist attractions and traditional villages.

At this time, the arrangement of the Tahura Ngurah Rai Mangrove Area is also ongoing which is planned to be used as a showcase by world leaders who will later attend the G20 Summit, including the construction of the G20 monument. There is also an arrangement in the Garuda Wisnu Kencana area related to the readiness of accommodation, which so far for the Indonesia Tourism Development Corporation (ITDC) area itself which will be one of the series of G20 activities is very well prepared.

All facilities at the meeting will also continue to be maximized, which will really support the entire process of the G20 Presidency. One of them is the use of special environmentally friendly buses, in which there is also a ladies program. Facilities and infrastructure at all event locations such as sound to lightning are also prepared as well as possible.

For security, security for the G20 Summit has been prepared in collaboration with Kodam IX/Udayana, Bali Police, Provincial/Regency/City Satpol PP and Pecalang. The security carried out will be implemented starting from pick-up, security to the location to when the delegates go back and forth from the event to the hotel and to tourist attractions and other events.

Dewa Made added that Bali will display a variety of their distinctive arts, in the form of dances that specifically take major themes from the G20 forum. Including later the participants of the international forum will be treated to a variety of traditional Balinese and Indonesian foods and drinks. Not to forget, there will also be SME and IKM exhibitions presenting Balinese products.

Meanwhile, the Minister of Tourism and Creative Economy (Kemenparekraf), Sandiaga Uno ensured that the preparation of hotels in Bali ahead of the peak event of the G20 Summit was entirely on track. All the preparations have been very well done by many related parties and it is hoped that it will bring success to the meeting.

With all the efforts that continue to be made to help the process run smoothly and sustain the G20 Summit, many parties have contributed. This includes the infrastructure in Bali, which has been prepared long before the implementation, until now everything is very adequate.