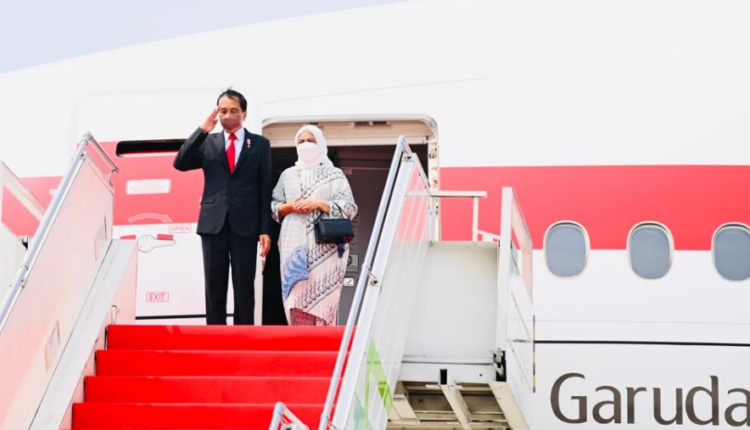 President Jokowi’s direct visits to countries in East Asia are very important because they have a big mission to be able to create a breakthrough for the world economy so that they are able to fight all the threats of inflation and recession that are currently increasingly threatening.

Currently the condition of the world economy is not doing well. Not only because of the COVID-19 pandemic that has re-emerged in several countries, but also because of the long impact of the Russia-Ukraine conflict so that some commodities that should have been able to be distributed smoothly have been hampered. So as a result, there is a shortage of supply and makes prices soar up, the threat of stagflation, inflation, recession and also the crisis is increasingly haunting.

With such difficult conditions, a new breakthrough is needed in dealing with it. One of the breakthroughs was actually carried out by the President of the Republic of Indonesia, Joko Widodo while planning to visit several countries in East Asia such as China, Japan and South Korea.

In addition to further strengthening his position as the Presidency in the G20 High Level Congress (KTT), Prof. Hikmahanto Juwana as an International Law Expert at the University of Indonesia said that the visit made by President Jokowi to countries in East Asia was indeed a very accurate step in order to be able to make a breakthrough for the world economy which is currently being hit by difficulties.

The proposal regarding a breakthrough for the world economy will be immediately shown at the peak of the G20 Summit. It is not without reason that Indonesia has become a very active country in carrying out the spirit of this world economic breakthrough, because Indonesia itself is one of the largest economic countries in Southeast Asia, so it cannot be denied that it must have a large enough responsibility to continue to increase its contribution to stability and prosperity. including peace in the Asia-Pacific region.

As one of the countries that has also become a non-aligned country and has indeed become the ideals of the founding fathers of the Nation, it is even stated in the preamble of the 1945 Constitution, so we are always working hard to maintain peace and even become a country that will continue to bridge solidarity between other countries. by Indonesia, especially in the current precarious conditions.

Furthermore, the University of Indonesia International Law expert also considered that the actions taken by President Joko Widodo to visit China, Japan and also South Korea were a very appropriate action, not only for the sake of being able to establish cooperation that would later be mutually beneficial bilaterally, but also in order to continue the mission of peace that he brought for the sake of the conflict between Russia and Ukraine that will soon end, especially for the three leaders of the East Asian countries that he visited.

Prof. Hikmahanto also saw that the visit carried out by the seventh President of the Republic of Indonesia was also in order to ensure the presence of the three East Asian countries at the peak of the G20 Summit which is planned to be held directly in November 2022 in Bali.

Foreign Minister Retno added that it was not only economic and trade issues that President Jokowi would discuss during his visit to the East Asian country, but he would also discuss the recent developments of several regional issues as well as international issues because the positions of the three countries are indeed very important. important in ASEAN itself.

There is another unique fact behind President Jokowi’s working visit to China, because he met directly with Premier Li Keqiang and also President Xi Jinping. The fact is that it turns out that Jokowi is the first foreign leader that Xi Jinping will receive directly into his country during this COVID-19 pandemic outside of an eventful winter Olympics.