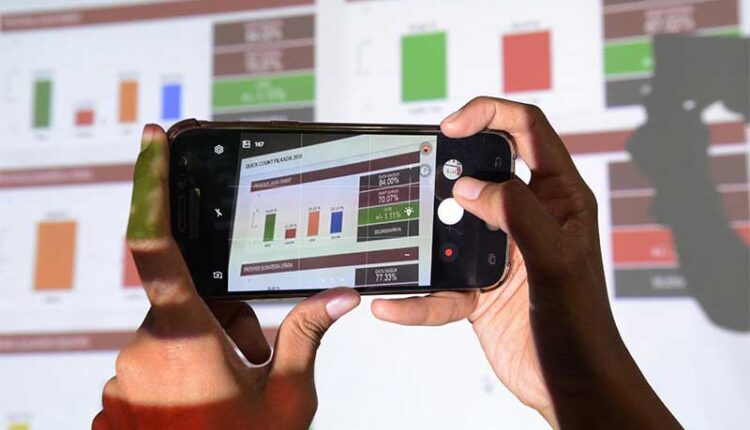 The number of people’s satisfaction with President Jokowi has increased due to the realization of various work programs. It is hoped that the full support and trust of the community can be the Government’s capital to continue to optimally advance Indonesia.

Since 2014 we are in the era of President Jokowi’s administration. When he was elected for the second time, it was clear evidence that the people really supported him. The people clearly voted again because this is the first time there is a president who is truly populist and pays attention to the plight of the poor, even willing to come to Papua many times to distribute development outside Java.

In a survey conducted by Litbang Kompas, the public trusts the government of President Jokowi and Vice President KH Ma’ruf Amin, with a satisfaction rate of 73.9%. This figure is higher than last year and is very good because it shows that everyone is comfortable in his reign.

Youth leader Karman BM stated that people’s satisfaction with President Jokowi was triggered by the realization of optimal work. In a sense, President Jokowi’s performance since 2014 has been maximal, in accordance with his motto: work, work, and work. He has worked very hard to advance Indonesia.

Especially in the midst of a pandemic, where many new problems have sprung up. However, President Jokowi remained calm and resolved them one by one and worked hard so that the corona storm would soon pass.

Optimal work realization means that the work plan is not only on a computer screen or on paper, but is actually executed. For example, there is a bureaucratic reform program that has been launched since 2014. The bureaucracy has been reorganized to make it easier for the community and minimize extortion and the potential for corruption, no matter how small.

Bureaucratic reform is also supported by the Omnibus Law on Job Creation, which facilitates licensing and converts it into an online system. When there is accelerated licensing, there will be no more katebelece or bribes like in the new order era.

Another program that is optimally implemented is the provision of various assistance to the community, especially during a pandemic. People receive social assistance either in cash or in the form of food packages. MSME entrepreneurs get capital assistance and relief from installments to banks. They also get a great opportunity because they must be cooperated by the Ministry and the Service as partners, so they can survive during the pandemic.

Assistance is also provided in the form of other programs, such as the Healthy Indonesia Card (KIS), as BPJS which is 100% free. So that all Indonesian citizens are expected to get adequate health facilities and medicines. There is also a Pre-Employment Card so that the unemployed not only get financial assistance, but also workshops to increase their skills, so they can start their own business.

President Jokowi’s also successful program is the national economic development project. This project will continue even during the pandemic, because the effects will be felt for decades to come. Sure enough, more and more investors are willing to enter Indonesia, even outside Java, because they require good infrastructure, and these roads and facilities are the result of a national economic development project.

Optimal work realization will increase public trust. They are aware that some may be surprised by the programs in President Jokowi’s government. However, I immediately understood what it meant, because from the realization of the program, it was proven successful and could be enjoyed in the long term.

When people’s trust and satisfaction with President Jokowi increases, this is very good, because more and more people are supporting government programs. They obey when they are required to have a BPJS card, vaccinations, and other programs. If citizens support their government then the development process will be successful.