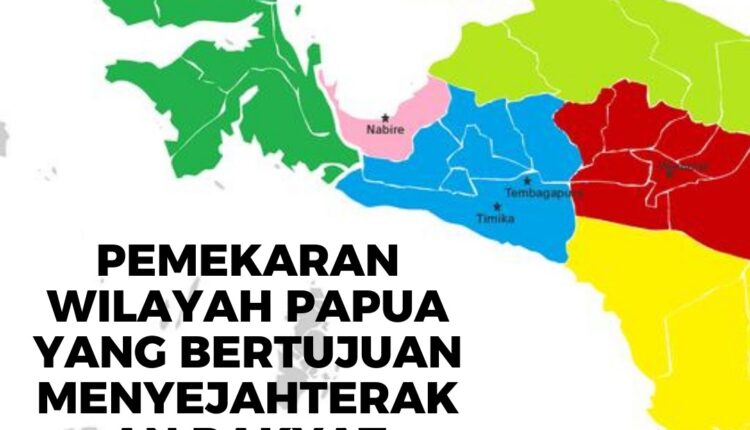 Cidiss.co, Jakarta – Member of Commission II of the Indonesian House of Representatives, Guspardi Gaus, said the division of the provinces of Papua and West Papua was aimed at bringing the local government closer to the community. So far, government services have been constrained by the large area of ​​Papua and inadequate infrastructure.
“The expansion brings the local government closer to the life of the people and improves infrastructure,” said Guspardi in a live dialogue program on Elshinta Radio Jakarta with the theme “Regional Expansion for the Acceleration of Papuan Development”, Wednesday (18/5/2022).

He said that the DPR RI had an agenda for discussing the Bill on the Expansion of the Provinces of Papua and West Papua during the 5th session. The bill is certain to advance Papua.

Guspardi added that the division of the Papua and West Papua regions must be carried out because of the mandate of Law (UU) No. 2 of 2021 concerning Special Autonomy (Otsus) for Papua. Members of the Special Committee see that a lot of funds have been disbursed from the center related to Otsus but have not been used properly for Papua.

He said that with the expansion there would be the addition of three provinces, namely South Papua, Central Papua, and Central Highlands Papua.

Trust in President Jokowi Increases, Evidence of Government Performance is felt by the People