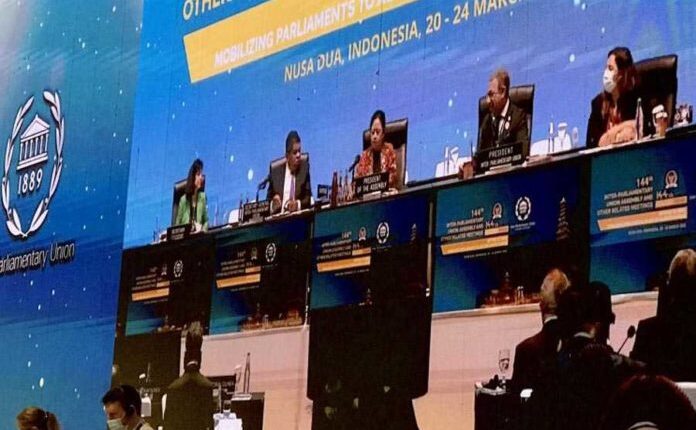 Nusa Dua, Chairperson of the House of Representatives Puan Maharani said that the opening of the 144th Session of The Inter-Parliamentary Union (IPU) in Nusa Dua, Bali, Sunday (20/3) was proof of Indonesia’s ability to hold international events amid global dynamics. The grandson of the First President of the Republic of Indonesia Soekarno or Bung Karno revealed that the implementation of the 144th Session of the IPU was a unique meeting.

“Uncertainty because the virus mutates and uncertainty due to the volatile geopolitical situation, the dynamics are extraordinary because global commitments have not been sufficient to contain global warming,” said Puan Maharani in her speech at the opening of the 144th Session of the IPU in Nusa Dua, Bali, Sunday (20/3). .

The chairman of the PDIP faction in the DPR for the 2012-2014 period said that the fate of the world is determined by all parties, including the delegates involved in the 144th Session of the IPU. “Important decisions in world issues and the future of the world are determined here and now,” concluded Puan Maharani.

“Parliament also needs to build public awareness at home that apart from building love for the homeland, at the same time, we need to foster global solidarity,” said Puan on the occasion.

Puan Maharani said the complex situation required parliament to contribute to being part of the solution, for example bridging differences between countries by facilitating dialogue and partnerships between parliaments.

It is known that DPR Speaker Puan Maharani will lead the DPR RI delegation at the Inter-Parliamentary Union (IPU) Assembly & Related Meetings. Not only that, Puan is also known to be chairing all sessions of the IPU meeting.

The 144th world parliamentary forum or IPU carries the theme Getting to zero: Mobilizing parliaments to act on climate change, in order to raise the issue of climate change, including the Covid-19 issue, which has brought about many changes in social life throughout the world, not only in Indonesia.

The Opening of the 144th IPU Session Held Lively