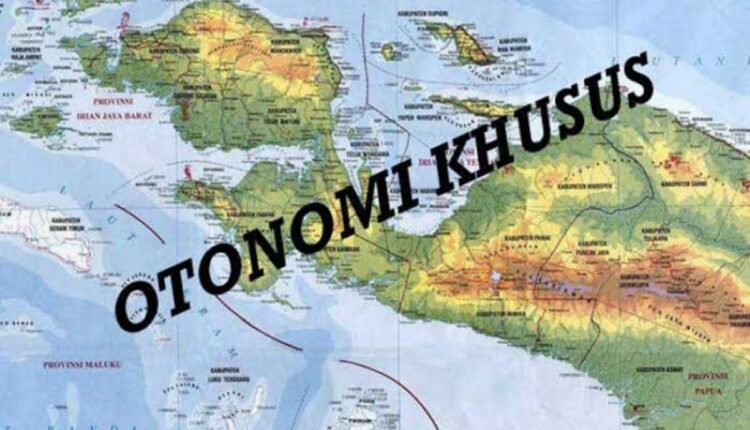 Otsus Papua Proof of Government’s Presence in the Community

Special Autonomy (Otsus) is a special program for the Papuan people in advancing the region. Otsus is clear evidence that the government really cares about Papuans.

What do you imagine about Papua? If what you have in mind are forests and savanna then you are wrong, because at this time the Earth of Cenderawasih region has been transformed to be very advanced. Even in Tembagapura, it is considered as advanced as in New York, United States. All of this is thanks to the special autonomy fund (Otsus) which has been disbursed since 2001.

In 2021 Otsus volume 2 is rolling again and this program is indeed continued because it brings many benefits to the people of Papua. Otsus is proof of the government’s presence in the community because Papua is part of Indonesia, so it can also enjoy progress thanks to Otsus funds. Especially during the administration of President Jokowi, where the people of Papua have priority and he is the only president who visits Papua the most.

Chairman of the DPRD Maybrat Ferdinando Solossa stated that the presence of Otsus since 2001 has brought great benefits to the Papuan people. Even the budget continues to increase. In addition, the Special Autonomy funds are prioritized for 4 fields, namely education, community economic empowerment, infrastructure, and health.

In a sense, the government does pay attention to Papuans and tries to be there for their progress. In 2022 alone, the Special Autonomy funds will increase to a total of 7.4 trillion rupiah. This nominal is very large when compared to the initial Otsus period (2001) where the budget was only billions of rupiah.

The government’s presence in Papua is manifested by the provision of special autonomy funds and is an infrastructure for the progress of the people on Earth of Cendrawasih. We have seen for ourselves what the existing infrastructure is, such as the Trans Papua Road, Sentani International Airport, Youtefa Bridge, and so on.

With this infrastructure, mobility will be faster so that people are more dynamic, both in trading and doing other activities. Then, infrastructure is expected to reduce the price of goods because transportation can be via land, which is cheaper than before, which has to be via airplane.

The government is trying to be present in the midst of the Papuan people even though the position of Bumi Cendrawasih is far from Jakarta. The Papuan people continue to progress thanks to the Otsus scholarship and budget is available for high achieving elementary to high school students. There are even scholarships for students and they can study not only at Cenderawasih University, Papua, but also other campuses in Java, even abroad.

In addition, the Special Autonomy budget is also channeled in the health sector. The funds will not only be used to build hospitals and health centers but also for various health programs, such as eradicating malaria which is endemic in Papua. People are getting fitter and it is no longer difficult to get access to health centers.

Special Autonomy is a program created for the welfare of the Papuan people. The government is already present in Bumi Cendrawasih with Special Autonomy funds disbursed up to trillions of rupiah for the progress of the Papuan people. The community is happy because various facilities have been built to support daily mobility, and they are also free to develop their own area.