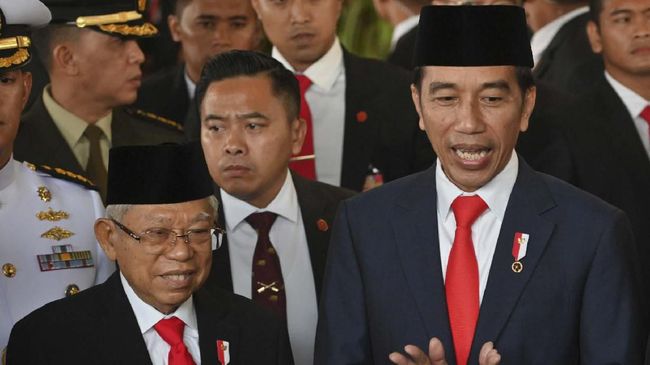 The public is satisfied with President Jokowi’s performance, especially towards infrastructure development. Various infrastructures built during his reignhave triggered various advances in Indonesia.

The Trans-Java toll road stretches for 1,167 kilometers. Likewise with the Trans Papua Road, which is more than 4,000 kilometers long. The infrastructure was built during the reign of President Jokowi, and is very proud because it facilitates the mobility of the people.

After the infrastructure is built, the people  feel very satisfied, because they can pass the Trans-Java toll road when going home. When going back home from East Java to Central Java, the journey will be faster through the toll road. It will be very time-saving and cost-effective for gasoline, and not too tired when driving.

Therefore, the people strongly approve if President Jokowi continues to build infrastructure in Indonesia. The cause is because they have already felt the benefits. These infrastructures were built for the sake of the Indonesian people.

Why infrastructure? President Jokowi stated that infrastructure would unite Indonesia. In a sense, Indonesia is an archipelagic country whose distance between regions can be very far, for example between Kalimantan and Bali. However, if there is supporting infrastructure such as roads, bridges, and airports, transportation will be connected and facilitate the unity of the Indonesian people.

Therefore, President Jokowi is very aggressive in building infrastructure in various regions in Indonesia. If there is infrastructure development  from Sabang to Merauke, it is very good because he applies the Pancasila Precepts ‘Justice for all Indonesian People. The people are given justice in the development of infrastructure that is evenly distributed, even to remote areas.

One of the proud infrastructures is the Trans Papua Road. The Papuan people are very grateful to the government, for being able to cross it smoothly. They don’t have to walk through trails where the terrain is difficult. But it can drive a motor vehicle. This road is very good for overcoming the tortuous geographical conditions of Papua, while reducing the dependence on aircraft.

In addition, another infrastructure that boasts is the sea toll. If there is a sea toll, the transportation will be smoother because it can connect the islands in Indonesia, and at the same time launch trade between regions.

Capt. Rudy Sugiharto from the Director General of Sea Transportation, Ministry of Transportation, stated that  the progress of the sea toll is encouraging from year to year. The impact of sea tolls has been felt, especially maintaining the supply of basic goods in the 3T (outermost, underdeveloped, remote) areas, and border areas.

People in border and remote areas benefit greatly because thanks to sea tolls, the supply of goods is smooth. Previously, when the sea toll had not been built, goods were scarce and had bad consequences because the price went up (because it followed economic laws). But now there is no longer a scarcity of things there, because everything is smooth sailing.

Therefore, the people are very grateful to President Jokowi for building various infrastructures in Indonesia. The construction of infrastructure projects does require a lot of funds. But the consequences are very good and profitable (from an economic point of view), as well as beneficial for the Indonesian people, for decades to come.

The infrastructure built during President Jokowi’s administration is also not only in the transportation sector such as roads, bridges, and sea tolls. But also dams. Various dams were built, ranging from Java, Kalimantan to Nusa Tenggara. The construction of dams that are evenly distributed to eastern Indonesia is strongly supported by the people, because it facilitates their lives.

After there is a dam in Nusa Tenggara, the people are no longer afraid of the threat of drought in the dry season. The reason is because there is an adequate flow of water from the dam. If there is enough water flow then the plantations become fertile and they are not threatened with starvation. In addition, residents who become breeders also have no difficulty in getting grass and other feed for their horses.

The Indonesian people are very satisfied with President Jokowi’s performance because they like the various infrastructures that have been built by the government. Among them are the Trans-Java toll road, The Trans-Papua road, sea tolls, dams, and so on. The infrastructure is very good because it facilitates the mobility of the people and shortens the travel time. Indonesia will be connected and prosperous because the infrastructure is complete.