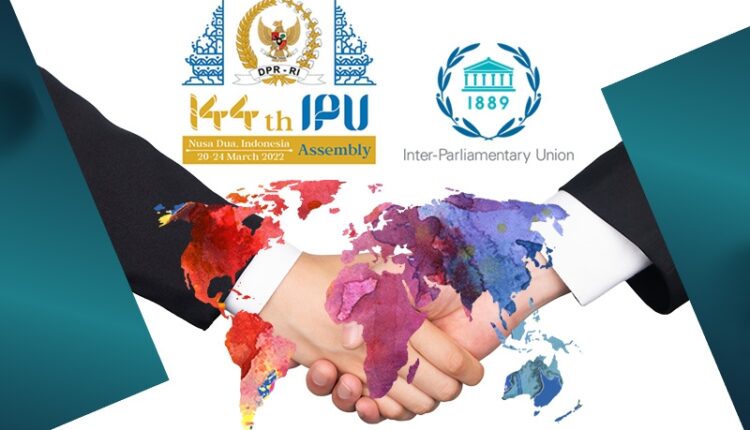 Jakarta – Member of Commission XI DPR RI from the PAN faction Achmad Hafisz Tohir said it was important to build partnerships and global solidarity so that world problems can be resolved properly.

This was conveyed by a member of Commission XI of the DPR RI from the PAN faction, Achmad Hafisz Tohir during a dialogue at the Media Center of the DPR RI Building, Jakarta (17/3/2022).

Hafitsz explained that there were 4 agendas discussed at the 144th IPU in Bali, including: the first discussion agenda on climate change with a temperature increase of 2 degrees Celsius. Then the second agenda, how countries can increase their capacity to adapt to the effects of climate change. Furthermore, the third agenda is to maintain the flow of funding to suit sustainable development and support the reduction of carbon emissions. Finally, the fourth agenda is strengthening Indonesia in climate change action, and building global partnerships and solidarity.

In the first agenda, where the international community is currently pushing and making efforts to reduce the temperature to 1 degree Celsius, not increase it to 2 degrees Celsius, said Hafidsz.

Furthermore, on the second agenda, as it is known that there is a carbon tax and the issue of environmental pollution, which is burdened with high taxes when you want to board a plane, this will certainly be a problem in all countries in the world. In addition, the economic impact was also questioned, whether it continued as usual or experienced significant changes during climate change, explained the member of Commission XI.

Meanwhile, in the third agenda, it is not closed that one day if we apply for credit at the bank, we will be asked to access our company’s green. Therefore it is important to discuss together. Do not let the credit that we ask for from the bank, which pollutes the environment, will definitely be rejected. We are related to world funding, of course, following the requirements of the IMF, World Bank and other world financial institutions, said a member of the PAN faction.

Then the fourth final agenda, where Indonesia as the host must act in the implementation of climate change, and build partnerships and global solidarity, concluded Hafisz.

“In addition to the four main agendas, globally the 144th IPU can also discuss the covid pandemic, sustainable development goals, human rights, world security and peace,” said a member of Commission XI of the Indonesian House of Representatives.