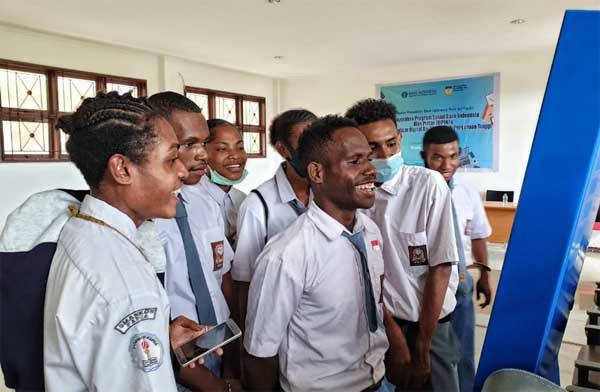 The Benefits of DOB for the Next Generation of Papua

The expansion of Papua or the establishment of a New Autonomous Region (DOB) in Papua is a hot topic with various benefits for the next generation in Papua. The Papua New Guinea is believed to be the key to the welfare of the Papuan people and to help accelerate economic development in Papua.

The Papua New Guinea has officially taken effect after the House of Representatives (DPR) of the Republic of Indonesia has approved the Draft Law (RUU) to become a Law (UU) in the Plenary Session of Session V Year 2021-2022, on Thursday, June 30, 2022 ago. With the ratification of the Papua New Guinea, Bumi Cenderawasih will have three new provinces, namely Central Papua Province, South Papua Province, and Papua Mountains Province.

The province of South Papua has the customary name Anim Ha, with Merauke as its capital city. The tribe that inhabits the South Papua region is the Marind Anim, which consists of seven major clans. The seven clans are Gebze, Kaize, Samkakai, Ndiken, Mahuze, Balagaize, and Basik. Apart from Marind Anim, South Papua Province is also inhabited by the Asmat Tribe, which is divided into two, namely those who live on the coast and in the interior.

In line with Jusuf Kalla’s statement, the Mayor of Sorong, Lambertus Jitmau said that the division of territory in Papua would provide opportunities for generations in Sorong Raya and its surroundings to develop. With the expansion of the region, supporting facilities will be built to improve the ability of the younger generation.

Improving the quality of the next generation of Papua has also been promoted with the development of the Papua Youth Creative Hub. The development of the Papua Youth Creative Hub is a support from the Central Government in providing more space for Papuan children to be more creative, develop and progress. President Joko Widodo said that there are many excellent seeds with excellent talents in Papua in the fields of science, arts and culture, and sports, and it is a big task for all of us to prepare good talent management to organize, and this is where the role of Papua will be. Youth Creative Hub.

Other community services for the administration of important documents such as the Village Office, Camat Office, Population and Civil Registry Office (Disdukcapil), as well as other related service offices will also be built. The construction of these offices will make it easier for Papuans to get optimal services for their every need. Furthermore, the construction of these new offices will make it easier for the community to take care of all their official administrative documents because they are located close to where they live