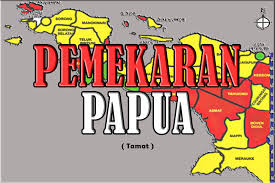 The Community Appreciates the Expansion of the Papua Region

The community appreciates the division of territory in Papua because they have been fighting for it for several years. With the expansion of the region, it is hoped that more progress will occur in Papua.

The regional expansion was finally granted by the government when finally there were 3 new provinces in Papua, namely Central Papua Province, Central Highlands Papua, and South Papua. The formation of this province is in accordance with the ratification of the Draft Law (RUU) regarding the expansion of the Papua region.

Deputy Minister of Public Works and Public Housing (PUPR) John Wempi Watipo, who is also a native Papuan, stated that the expansion of the Papua region could have a good impact. He hopes that there will be an authority body to guard all development processes in Papua. In a sense, the process of modernization and development on Cendrawasih Earth when there was an expansion of the territory took a long time so it needed strict and thorough supervision.

The community appreciates the expansion of the Papua region because the area is too wide (more than 312,000 km2) if there are only two provinces (Papua and West Papua). However, if there are five provinces, there must be five capital cities, so that it will be closer to take care of the administration and complete the paperwork, as well as save on transportation costs.

The expansion of the territory is very much supported by the Papuan people because if there are many new provinces then there will be a lot of development going on, starting from roads, bridges, schools, and others. APBD funds are used as well as possible for the smooth running of people’s lives. Papua will be more advanced and will not be left behind with other regions in Indonesia.

The community also appreciates the expansion of the Papua region because there is equitable distribution of development, so that modernization does not only occur in Jayapura, Merauke, Mimika, or other important areas. However, the development is also evenly distributed to Yahukimo, Yalimo, Intan Jaya, and all areas on Earth of Cendrawasih to remote areas.

There is no opposition to the division of the territory at all because all residents, both natives and immigrants, support this program. They are aware that the addition of a province will bring many positive effects for Papua. The impact is that life is more modern and there will be no people living below the poverty line.

Communities both in Papua and outside Papua support regional expansion. They are grateful because finally there are 3 new provinces on Earth of Cendrawasih, namely South Papua, Central Papua, and Central Highlands Papua. With the expansion of the region, it is hoped that the lives of the people there will be more advanced.