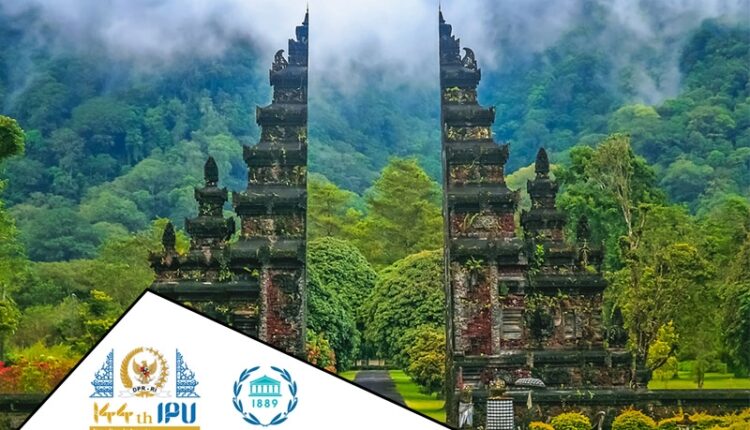 The Community Appreciates the Opening of the 144th IPU Session

The 144th Session of the World Parliament or the Inter-Parliamentary Union (IPU) has officially opened. The public appreciates the opening and implementation of the meeting which is expected to bring many benefits to the people of Indonesia and the world.

The Indonesian people are very aware that holding an international standard event is a good momentum to exist again to build the economy as well as to restore Indonesia and even the world after the Covid-19 pandemic.

It is believed that the 144th IPU trial will take place safely and smoothly. Therefore, the organizing committee of the 144th IPU Session continues to work optimally to carry out this world parliamentary event. Moreover, with the statement of the Chairman of the DPR RI, Puan Maharani, that she will give her best because the entire success of the event will also have an impact on accelerating the global recovery.

It is also undeniable that the 144th IPU event in Bali will be an event of very strategic value. At least it was mentioned by the PDI-Perjuangan party politician that there were three strategic values ​​behind the IPU trial event. The first thing he conveyed was that with this event, it would certainly be able to revive the optimism of all parliaments in the world in order to be able to rise from the worst conditions when experiencing a pandemic. Indeed, almost all countries are reported to have experienced a slump not only in the health sector, but evenly in every sector since the Covid-19 pandemic hit. Therefore, this momentum can show that it turns out that humanity will be able to rise again even though it has been hit by a pandemic storm.

The second reason expressed by Puan was regarding the acceleration of vaccine distribution and also plans for future economic recovery. Not only Indonesia, but the whole world is also facing more or less the same problem regarding the pandemic. Moreover, there are still some countries where the acceleration of the distribution of their vaccines tends to be low. Of course it will also have an impact on the movement of the wheels of their economy, which may not go back to normal. Therefore, if the strategic topic is raised in the world parliamentary session, it will be able to find solutions together and allow countries to help each other.

Still related to the second point above, the third reason why the Chairman of the DPR RI considers that the 144th IPU contains strategic value is the opportunity between countries to be able to cooperate with each other, of course later between parliaments can exchange experiences or knowledge including tips. -Tips from countries that have successfully handled the pandemic to be shared with other countries. It cannot be denied that the diplomatic agenda will be very wide open for Indonesia.

The excitement of the opening ceremony of the 144th IPU session was also shown by the enthusiasm of the session participants, which consisted of around 121 countries and there will also be around 37 speakers or presidents and 34 deputy speakers. The success of the event will be highly guarded by every party, especially the DPR RI as the organizer with the hope that we can make a good impression on international relations, including how we contribute to the global agenda consensus.

Another enthusiasm can be seen from how some of the participants in the 144th IPU session deliberately even came before the event took place and it is also very likely that they will delay their return. So that makes Putu Supadma as Deputy Chair of the Inter-Parliamentary Cooperation Agency (BKSAP) of the House of Representatives (DPR) of the Republic of Indonesia (RI) very positive in viewing the international event as opening the gates of tourism and will help move the wheels of our economy after the pandemic.

The opening of the 144th IPU Session was lively and received appreciation from many parties. The 144th IPU session is also expected to be successful until the end and according to the predetermined plan.

)* The author is an alumni of Anthropology Unair