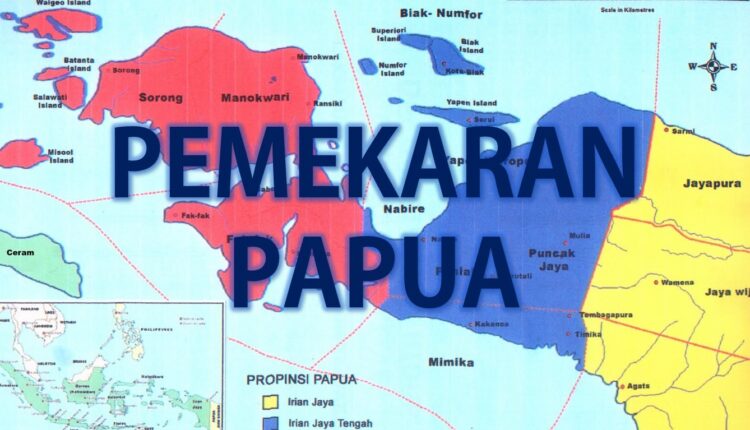 The Expansion of the Papua Region Accelerates Development

The government accommodates the aspirations of the people by adding 3 new provinces, namely Central Papua, Central Highlands Papua, and South Papua. The addition of the new area is expected to accelerate development in Bumi Cenderawasih.

The Papuan people should be happy because their request to President Jokowi was granted. Finally, Papua has 3 new autonomous regions, namely South Papua, Central Papua, and Papua Central Mountains. Regional expansion is indeed very urgent to make it easier for residents to take care of administration to the provincial capital. There are also other benefits, namely accelerating development.

Minister of Home Affairs Tito Karnavian stated that the division of Papua was to accelerate development. There is an imbalance between Papua and other regions because they only joined in 1969. Tito also explained that when there was a new province (West Papua) then Manokwari and its surroundings developed rapidly.

Moreover, the Papua region is very potential because it has copper and gold mines as well as other agricultural products such as sago. If there is development in Papua, we are optimistic that the community will be more advanced because they can process crops with the facilities provided by the government.

When there is regional expansion, the Regional Revenue and Expenditure Budget (APBD) is added because the number of provinces also increases. This APBD money is important because it is useful for building infrastructure to make people’s lives easier. For example, bridges, representative roads, and so on. If there is a highway, it minimizes dependence on expensive air transportation.

So far, the prices of goods in Papua are many times higher than in Java. The reason is because the majority are transported by plane. However, if there are roads that are smooth, then the distribution of basic necessities and other goods can be via land so that the price is expected to be reduced. That way, the Papuan people will be more prosperous because they save money on shopping.

This is called the positive domino effect of regional expansion. When there is a new province and there is a APBD, then there is a massive development. Infrastructure will be built that will facilitate the mobility of the people so that the price of goods can also be suppressed.

In addition, regional expansion also accelerates development because there is infrastructure in the form of roads (not only macadam). If the infrastructure is adequate, it will trigger investors to enter and build businesses in Papua. With this investment factory, it is possible to process various agricultural products in Papua.

If there is an investment factory, it will also benefit the Papuan people because they can apply for jobs there. That way, they will be free from unemployment status and their standard of living will improve. This is another example of the positive impact of regional expansion.

Regional expansion also accelerates human resource development. When there is a new province, schools will be built from elementary to high school levels. Papuan children who want to study at a higher level do not have to go to other cities and even provinces because there are good schools near their homes. With a minimum of high school, they are smarter and their human resources are of high quality.

Regional expansion is the right policy to accelerate state services to the community. With the expansion, control over development will be more optimal and progress in Papua is expected to be realized soon.

Moses Waker, Author is a contributor to the Press Circle and a Student of Cikini

Indonesia Hosts the G20 Summit Not Sitting on Anyone

Radical Lecturer Deserve To Be Rejected