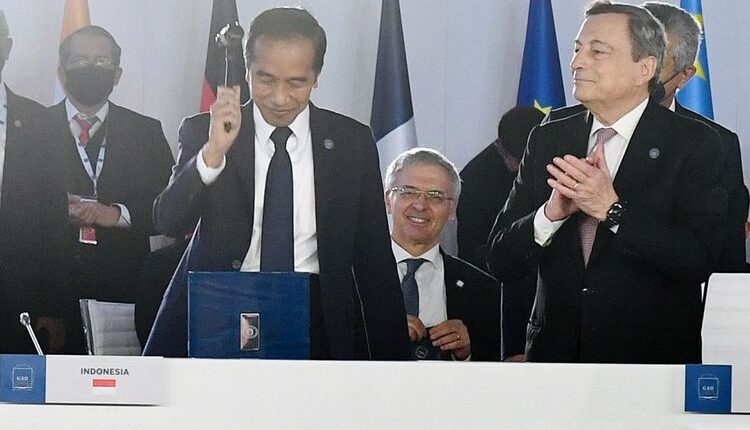 The implementation of the 2022 Group of Twenty (G20) Summit in Bali will be a momentum for Indonesia to show its leadership in the eyes of the world. Indonesia was elected to hold the G20 Chair or Presidency from 1 December 2021 to 30 November 2022 replacing Italy.

The G20 is a strategic multilateral forum that connects countries with the world’s major economies. G20 member countries have a strategic position in determining the future of world economic growth.

To note, the G20 meeting began in 1999 as a meeting at the level of the Minister of Finance and the Governor of the Central Bank. This meeting was born out of the international community’s disappointment with the global economic problems faced at that time and discussed the response to the 1997-1999 global financial crisis. Then the G20 Meeting became increasingly intense with an annual summit attended by each Head of State and Head of Government from member countries.

During his tenure, Indonesia carried the theme “Recover Together, Recover Stronger” or “Recover Together, Become Stronger Together”. Indonesia’s G20 presidency encourages joint efforts to recover and grow stronger due to the Covid-19 pandemic for G20 member countries and also the world.

Special Staff for Strengthening Priority Programs for the Ministry of Foreign Affairs and Co-Sherpa G20 Indonesia, Dian Triansyah Djani said that Indonesia plays a role in creating policies that contribute to world governance through the G20 Presidency. Dian added that by becoming the G20 Presidency, Indonesia had the opportunity to be part of the solution to world problems, as well as providing an opportunity to show Indonesia’s culture and economic progress.

The theme of “Recover Together, Recover Stronger” which was carried by Indonesia as the G20 Presidency was a form of Indonesia’s contribution to the world. This theme was chosen by Indonesia considering that the world which is still under pressure due to the Covid-19 pandemic requires a joint and inclusive effort to find a way out or a solution for world recovery.

The Indonesian presidency in order to achieve the world recovery target after the Covid-19 pandemic has a priority sector focus. The first priority sector is strengthening the global health architecture. Strengthening the global health architecture in addition to tackling the Covid-19 pandemic, is also useful as a preparation to face the possibility of other health crises in the future.

Then, Indonesia also encourages the implementation of digital transformation. This is because increasing digital capabilities and digital literacy can be one of the main solutions in moving the economy during the pandemic. Furthermore, to ensure a sustainable future and to face the challenges of climate change globally, the Indonesian Presidency is pushing for an energy transition towards new and renewable energy. By prioritizing energy security, accessibility, and affordability, it is hoped that an energy transition will soon be created that is useful for all G20 Members in particular, and the world community in general.

The priority sector that was promoted by Indonesia during his tenure at the G20 was a form of Indonesia’s active role in the governance of world prosperity. Indonesia wants to invite the whole world to work hand in hand, support each other to recover together and grow stronger and more sustainable. Hopefully, with the trust carried by Indonesia during this year, it can have a positive impact on the interests of the Indonesian people now and in the future.

)* Author is Contributor for Pertiwi Institute