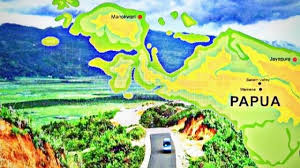 The government has agreed to the aspirations of the Papuan people to form a New Autonomous Region (DOB). It is believed that the policy of establishing the new autonomous regions will accelerate the development of Papua in order to raise the dignity of the people.

Papua is a vast territory, spanning more than 312,000 KM2. However, in such an area there are only 2 provinces, namely Papua and West Papua. Therefore, the option of adding a province has emerged and the government has granted it. The government will soon inaugurate 3 new provinces, namely South Papua, Central Papua, and Central Highlands Papua.

Charles Kossay added that the addition of provinces would address the span of control between the government and the people. Given that it has a wide area and complex problems. In a sense, if the province is too broad, it will also make it difficult to deal with various problems in Papua, especially health. The province of West Papua alone covers an area of ​​more than 100,000 km2.

If there are new provinces, the area of ​​each province will automatically decrease. This is actually a positive thing because the provincial government can focus more on dealing with problems in the community. The amount of APBD will increase and can be used to eradicate endemic in Papua, such as malaria and HIV. Patients will recover faster because the number of Puskesmas is increased, and access to treatment is free with BPJS.

Development in the field of education is also important because it can improve the quality of human resources in Papua. Graduates of schools and universities in Bumi Cendrawasih are considered equal to alumni of schools in Java because the school buildings are representative. The teachers also teach with heart and intend to educate the nation. All of this happened because the APBD funds were channeled to improve education.

Development in education is very important because it will eradicate illiteracy in Papua. In addition to providing special autonomy scholarships, the new provincial government in Papua can provide other facilities. For example, adding reading books and internet access in the school library.

Papuan people’s education must be prioritized because the quality of Papuan sons is proven not to be inferior when compared to residents from other regions. The proof is Gracia Billy Mambrasar who is now President Jokowi’s Special Staff. The man who graduated from the Oxford University master’s degree is a graduate of the Special Autonomy Scholarship and he has proven to be a brilliant young official.

In addition, the main development in Papua is infrastructure development. The Earth of Cendrawasih region still needs a representative highway. In addition to the Trans Papua road, there is also a need for other roads to facilitate land travel. This is to break dependence on air transportation which is very expensive. If there are good roads, people can move smoothly on the roads.

Various developments will be carried out in 3 new autonomous regions in Papua. People are waiting for the inauguration of these provinces and waiting for a new breakthrough from the new governor. APBD funds will be channeled for the benefit of the people and the people of Papua will be even more advanced.

To generalize development in western and eastern Indonesia, one way is to expand the region. Therefore, the Papuan people are also urged to continue to support the regional expansion policy so that the progress of Papua can be realized immediately.