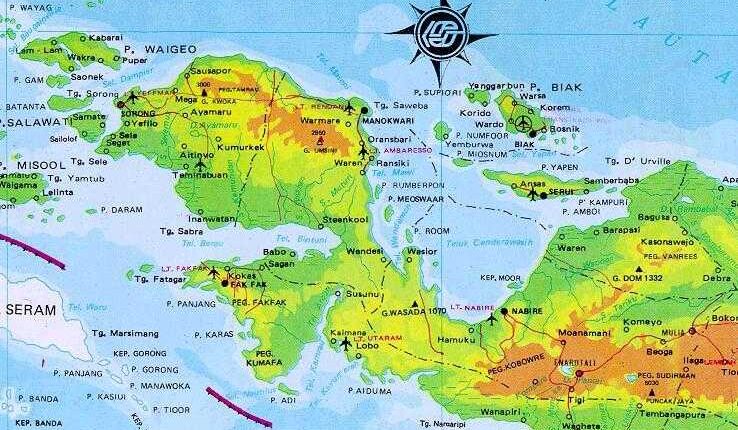 The existence of the New Autonomous Regions (DOB) of Papua, namely the Provinces of South Papua, Central Papua, and Papua Central Mountains will accelerate infrastructure development on the Earth of Cendrawasih. If a new province is formed, there will automatically be construction of new roads and public facilities. In addition, APBD funds per province will be focused on infrastructure development that will facilitate people’s lives.

Papua finally has 3 new autonomous regions as of June 30, 2022, the Papuan people are relieved because they finally have five new provinces and the expansion of this region is indeed their request. With the existence of new autonomous regions, there are many benefits, including maximum service to Papuans, as well as accelerating infrastructure development.

In a sense, new infrastructures will be built in Papua for the betterment of the region. If there is a new province, then a massive development will automatically be held. First of all, of course, the road that will be built, especially the one that goes to the provincial capital. People can enjoy smooth paved roads (not macadam) and can be passed by motorbike.

If there are more paved roads in Papua, the better because it facilitates community mobility. This infrastructure is really needed because the people of Papua have had difficulty in moving because of the geographical conditions on Earth of Cendrawasih which are too difficult to pass by motorized vehicles. However, if there is a highway it will shorten travel time and save fuel.

Infrastructure in the form of roads is the main benefit of the addition of new autonomous regions and other functions are to improve the economic condition of the residents. Ease of mobility is key due to faster delivery of merchandise. In addition, the goods are sent via land, not air, which is very expensive to send.

The business world in Papua will be brighter because of the ease of buying and sending goods. The faster the turnover of merchandise, the better because it will move the wheels of the economy in Cendrawasih Earth. In addition, the cost of shipping services will be easier and cheaper so that the price of goods can also be reduced.

So far, there is a strong image that the prices of goods in Papua are much more expensive than in Java, even in DKI Jakarta, because the shipping costs are indeed expensive. If the cost of shipping via land is cheaper, it will automatically lower the price of the item. People will be more efficient and prosperous. This is a positive domino effect of infrastructure development in Papua, which is expected by the government.

Meanwhile, Papuan youth leader Charles Kossay stated that the addition of new autonomous regions would have a positive impact on the Earth of Cendrawasih, namely improving the quality of human resources and infrastructure. In a sense, the emphasis is indeed on infrastructure, because that is what Papua really needs.

Logically, if there are new provinces in Papua, roads and infrastructure in the form of buildings will be built. Starting from the Governor’s Office, DPRD (Regional People’s Representative Council) Building, Puskesmas, and other buildings. All were built with APBD funds that were intended for the community.

Buildings with the status of public facilities such as Puskesmas and General Hospitals are needed by the Papuan people because they need closer access to health. If there is an accident or serious illness, it will be faster to get help. In addition, mothers can give birth safely and immediately get help from the midwife, because the distance from their homes to the hospital is closer.

Infrastructure in the form of electricity lines will also be enjoyed by the people of Papua. There are areas that have not received maximum electricity, so if there is a new province, it will be explored which ones need electricity supply. With electricity, it will help people to move quietly at night and reduce crime rates.

Electricity that goes to remote districts in Papua is also very useful because people can use it for various things. Starting from turning on the machine to work, cooking with electronic devices, and getting enough light to study.

The community will also not be dependent on generators or batteries if there is sufficient access to electricity. They can turn on computers, laptops, charge smartphone batteries and expand their business into the online realm. The world of online commerce in Papua will be boosted thanks to infrastructure in the form of electricity.

The addition of Papua New Guinea will accelerate infrastructure development in the form of paved roads, bridges, DPRD buildings, school buildings, health centers, and so on