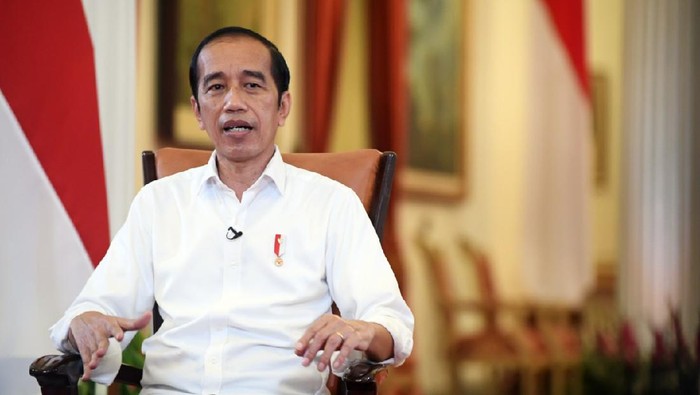 The existence of the Article regarding insulting the President and Vice President and its amendments, which previously were just ordinary offenses, became a complaint offense in the RKUHP, which is very appropriate. In addition to the form of leveling position in the eyes of the law, the existence of this article is expected to break the chain of hate speech that has been circulating, especially on social media.

The president as a head of state who has carried out the mandate of all the people in elections based on democracy, it is proper to continue to be supported by the entire community. This of course will also have an impact on how smooth all programs and policies made by the Government in the welfare of the entire community and regulate the country.

However, it turns out, in the digital era like today, there are people who seem to easily spread false news or hoaxes and also continue to spread hate speech in order to fight each other so that they can divide the integrity and peace of the country. They hide behind their social media avatars so that they feel it is safe to carry out insults, even insulting the President himself.

Therefore, there is a change regarding this case of insulting the President. Previously, it was just an ordinary offense, but now it has been changed to a complaint offense in Article 218 of the Revised Criminal Code (RKUHP) regarding attacks on the dignity of the president and vice president.

As a Criminal Law Observer at the University of Muhammadiyah Jakarta, Chairul Huda stated that changing the law regarding insulting the President from an ordinary offense to a complaint offense was the right thing to do. This will then make the community equal in the eyes of the law and fulfill the rules of Equality Before The Law.

Even so, this Criminal Law Observer also notes that there are several things that need to be very clearly stated in order to avoid multiple interpretations or even misinterpretations when applying the offense regarding the insult of the President. He hopes that with the transition to a complaint offense, there will be no more problems for law enforcement officers, whether it be in the form of superior intervention or certain interests in its application due to misinterpretation or whatever.

On another occasion, previously the Deputy Minister of Law and Human Rights (Wamenkumham) Edward Omar Sharif Hiariej or who is usually called Eddy has stated that Article 218 of the RKUHP regarding attacks on the dignity of the President and Vice President has turned into a complaint offense from the previous one. just an ordinary offense.

In the follow-up meeting to discuss the RKUHP at the DPR Building, Eddy also added that the existence of the article was to protect the protection interests of the President and Vice President as symbols of the state.

Article 218 paragraph 1 of the revision of the Criminal Code reads, “Everyone who publicly attacks the honor or dignity of the President or Vice President shall be sentenced to a maximum imprisonment of 3 years 6 months or a maximum fine of category IV.”

Then with the large number of social media users and often found cases of hate speech and the spread of false news or hoaxes there, if it turns out that there are netizens who commit insults related to the dignity of the President and Vice President through social media, then as in Article 219, their punishment is will be added one year from the threat of punishment that is in Article 218.

The existence of the article on insulting the President and Vice President, which is currently being changed from just an ordinary offense to a complaint offense, is an important thing to do. With this article, conflicts due to hate speech can be minimized and the distribution of public aspirations can be more focused.