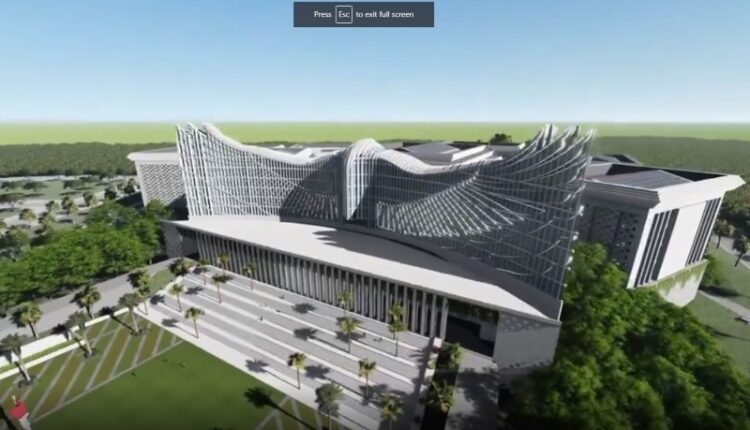 The plan to move the capital city is certainly not without public aspirations. Isran Noor as the Governor of East Kalimantan said that the people around the location of the new state capital would be disappointed if the plan for the relocation was not realized.

This was conveyed by Isran after listening to the aspirations of the people around the location of the State Capital with the Minister of National Development Planning (PPN) Suharso Monoarfa. He firmly said that the community fully supports the relocation of the National Capital.

Isran said that the community in principle gave full support so that the development of the National Capital could be realized immediately. Meanwhile, the Minister of National Development Planning/Head of Bappenas, Suharso, said that the central government would succeed in moving the state capital to East Kalimantan.

This is because it will trigger economic growth and equitable development. Because that is the direction of the central government’s policy in Kalimantan, when it was determined that East Kalimantan would be a candidate for the State Capital. To support all of this, of course, a growth and equity strategy is needed.

Not only that, Suharso also ensured that the central government would remain committed to maintaining the forests in Kalimantan as the lungs of the world.

We need to know that the Ministry of Environment and Forestry (KLHK) has completed a strategic environmental study (KLHS) for the new State Capital area which covers 256,000 hectares in East Kalimantan.

The government and other related parties will use the results of the environmental study as the basis for carrying out sustainable development in the new State Capital area.

Laksmi Wijayani as the Inspector General of the Ministry of Environment and Forestry said that the study had reached 256,000 hectares. It’s actually more than that. The name of the concept of a city as a growth center causes it to also conduct a study on its satellite city (Satellite City).

The location chosen as the study target is in Sepaku District, North Penajam Passer Regency, East Kalimantan. With the concept of forest city or bush capital (the capital city of the country located in a forest area).

Laksmi said that since September 2019 the KLKH team has conducted an ecological as well as economic, social and cultural study in the Sepaku sub-district in North Penajam Paser Regency.

The government targets that by 2024, the capital city of Indonesia will have moved to a new capital located in parts of North Penajam Paser Regency and parts of Kutai Kartanegara Regency, East Kalimantan.

It is estimated that the construction cost of the new capital will reach Rp 466 trillion, of which 19 percent will come from the APBN and the rest will come from PPPs (Government Cooperation with Business Entities) as well as direct investment from the private sector and SOEs.

Later, the new capital city will be divided into a number of clusters, namely a government cluster covering an area of ​​5,600 hectares, a health cluster, an education cluster and a research and technology cluster.

Moving the capital city to Kalimantan is a wise solution to reduce problems in Jakarta, such as traffic jams. In addition, there are many other problems, such as population size, to land subsidence which results in flooding.

In building a capital city, of course, requires a good work ethic, such as the absorption of public aspirations and studies. This proves that the relocation of the state capital can have a good impact on the surrounding community.