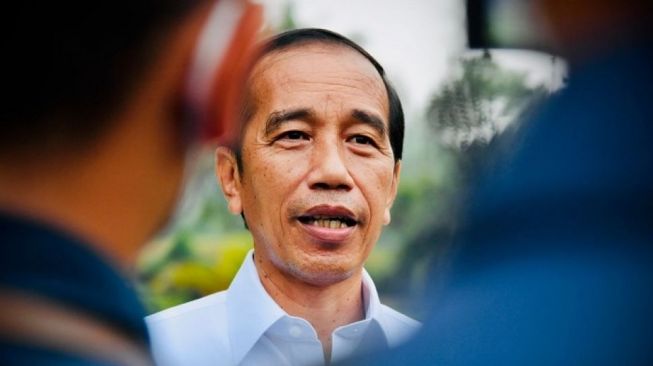 Trust in President Jokowi Increases, Evidence of Government Performance is felt by the People

The level of people’s satisfaction with President Jokowi is still high. This satisfaction is believed to be a positive impact of the Government’s success in responding to the Covid-19 pandemic which continues to show a downward trend in cases. This has an impact on another policy that the community has been waiting for, namely the 2022 Eid Homecoming policy.

Survey data made by Saiful Mujani Research and Consulting (SMRC) stated that 76.6 percent of the public said they were satisfied with President Jokowi’s performance. This satisfaction has continued to increase since April 2022 which was at 65.5 percent.

More specifically, the data from the survey conducted is based on how the homecoming management was carried out on Eid Al-Fitr 2022 yesterday and the President’s performance. Sirojudin Abbas as the Executive Director of SMRC stated that there are at least two things that are most highlighted by the public so that they claim to be satisfied with Jokowi’s performance. The two things are the first regarding controlling the Covid-19 pandemic and the second regarding homecoming services.

Meanwhile on another occasion, Deputy IV of the Presidential Staff Office, Juri Ardiantoro admitted that indeed the President and Vice President were able to make very good use of the remaining time from their term of office until October 2024. They have proven that they have not stopped at all to continue working and deliver the nation ready to take off.

Then there are also the results of another survey conducted by the Indonesian Survey and Polling Institute (SPIN) in February 2022 which also stated the same result, namely that the community does have an increasing level of satisfaction related to President Jokowi’s performance. It was said by Igor Dirgantara as the Director of SPIN that several communities also provided input on what aspects of development should be continued by the Government.

Some of these things are regarding the provision of social assistance (Bansos) to people who really need it, aspects of food security and also efforts to modernize the defense equipment system so that it is more dominant. In addition, there were also answers from the community who wanted the Land Ownership Certificate (SHM) program, religious freedom, infrastructure and the field of employment to be continued.

The survey conducted by SMRC and SPIN is a form of public appreciation for the performance of the Government. However, the survey results should not make the Government complacent. The reason is, there are still many government programs that have not been completed and still need community support. The government is expected to continue to complete the development program according to the predetermined target.

The government is serious and committed to solving various problems, so that it has a positive impact on the level of public satisfaction with the government. The community is also expected to always support various national policies so that national development targets can be realized as expected.

)* The author is a Maluku Literacy Activist