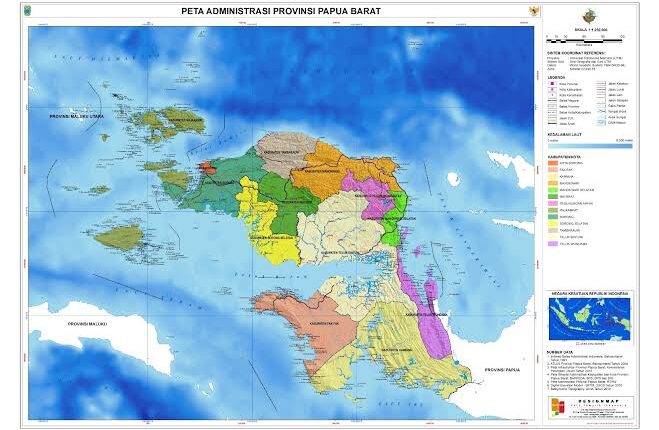 The provincial government of West Papua supports special autonomy and regional expansion in Papua. The two programs are believed to accelerate equitable development, while regional expansion will facilitate administrative services to the community.

In Indonesia initially there were only 27 provinces, but now there are 34 provinces. The addition of new autonomous regions occurs due to regional expansion, and soon there will be 3 new provinces in Papua. These provinces are South Papua Province, Central Highlands Papua, and Central Papua.

The regional expansion is fully supported by the West Papua Provincial Government. Acting Governor of West Papua Paulus Waterpauw has sent a Declaration of the People of West Papua which contains support for the Special Autonomy (Otsus) policy and the establishment of a New Autonomous Region (DOB) in Papua. The declaration has been sent to President Jokowi.

Paulus added that the West Papua People’s Declaration was an agreement from the Regents, Mayors, religious leaders, youth leaders, women leaders, and the community in West Papua. In addition to being sent to President Jokowi, the Declaration was also sent to a number of leaders of State High Institutions and Ministers in the New Indonesia Cabinet.

The New Autonomous Regions (DOB) and Otsus are requested to be carried out in accordance with Law Number 2 of 2021. The goal is to accelerate the development of the welfare of the Indigenous Papuans (OAP) within the framework of the Unitary State of the Republic of Indonesia. In a sense, if there is already a law as a legal umbrella, the formation of new autonomous regions should be carried out as soon as possible and Otsus should be continued in the next 20 years.

When Otsus volume 1 was implemented, a lot of infrastructure was built such as the Trans Papua Road, Sentani International Airport, and so on. Infrastructure is the focus because it will facilitate the mobility of the Papuan people. It also reduces dependence on air transport which is very expensive, and is advantageous because people can pass through the road smoothly.

In Otsus volume 2, the focus is on the development of Human Resources (HR). The Special Autonomy Fund provided was not only for constructing school buildings, but also for scholarships. Giving scholarships to elementary school students to university students will make the community happy, because they can go to school or study without spending money. The Papuan people will also be smarter because all of them are educated and have quality human resources.

Meanwhile, for regional expansion, there is no definite schedule when it will be launched for the Provinces of Central Papua, Central Highlands Papua, and South Papua. However, while waiting, everything can be prepared, such as administration. Later when the three provinces are established, it will be more perfect because the preparations are mature.

Papuan officials and people agreed to the expansion of the territory because they understood that the addition of new autonomous regions had many benefits. The territory of Papua is too wide if there are only 2 provinces. However, when there are 5 provinces, it will narrow the area and make it easier for the community to take care of administration to the Provincial Capital.

The expansion of the region will advance the people of Papua because if there is a new province, new infrastructure will also be built. The people of Earth of Cendrawasih will enjoy good roads, and the construction will reach remote areas. There will be equitable development thanks to the addition of the New Autonomous Region.

The division of Papua and Otsus was highly approved by Papuan officials, community leaders, and civilians. They are aware that the two programs will advance the Earth of Cendrawasih area. With the support from these various parties, the regional expansion program will be realized immediately in order to achieve the targets for progress and prosperity in Papua.

)* The author is a Papuan