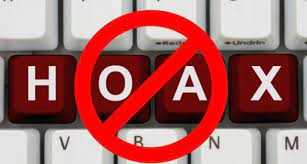 Recently, a young man appeared who claimed not to believe in the existence of Covid-19 and was ready to touch the corpse of Covid-19. The young man named Asep Sakamullah (32) is a resident of Ciwaru village, Kuningan Regency, and is currently being arrested by the police because the video he made caused a stir in the Kuningan community.
In the 2 minute 50 second video, Asep stated that he wanted to make an experiment by touching positive patients and people who died from exposure to Covid-19. He did this because he did not believe in the existence of the corona virus.
As a result, Asep was arrested by the police. The man who worked as a tire repairman admitted that he was depressed until he finally decided to record the provocation statement. He reasoned that he made the video because he was depressed with the situation, where since the Covid-19 outbreak, it was really hard, especially from his income as a tire repairman.
However, he still does not believe in the existence of the corona virus. According to him, many other people have the same thought, but do not dare to convey. Thanks to the disturbing video, Asep was finally released by police officers and was subject to a 1 month penalty.
The police want to provide guidance to Asep, so that the things that have been done are not repeated. Previously, in November 2020, the National Police’s Criminal Investigation Unit recorded that there were 104 people who were made suspects for spreading hoax news related to Covid-19. Where as many as 17 people were detained, while 87 others were not detained.
The data is a combination of all levels of the National Police. The data was collected within the period of January 30 – November 24, 2020. Of course we do not know what the goals of such hoax makers are. However, this misinformation or hoax will make people more nervous and increase fear in the midst of an epidemic that has not ended.
To stop these irresponsible actions, the government through the Ministry of Communication and Information (Kemenkominfo) will impose strict sanctions on anyone who is proven to intentionally create and spread hoaxes.
In a written statement, the Kemenkominfo stated that the perpetrators of hoax spreaders could intentionally be charged with Law Number 11 of 2008 concerning Information and Electronic Transactions or better known as the ITE Law. Unmitigated, the perpetrators will be threatened with imprisonment or a fine of up to Rp 1 billion.
Article 4 5A paragraph (1) of the law states that anyone who intentionally spreads false and misleading news that results in consumer losses in electronic transactions may be subject to a maximum imprisonment of six years and/or a maximum fine of Rp. 1 billion.
The Ministry of Communication and Information also appeals to the public to be able to wisely use technology and not to misuse it to spread hoax information.
On a different occasion, West Papua Deputy Governor Mohammad Lakotani asked the Covid-19 Handling Task Force in the region to be able to ward off hoaxes about the new corona virus circulating in the community.
Lakotani assessed that there are still a small number of people in West Papua who do not believe in the spread of the corona virus aka Covid-19. This can be an obstacle in implementing health protocols in the region.
He also added that residents who do not believe in the existence of the corona virus are victims of hoaxes circulating on social media.
He firmly said that the government should not lose to hoax spreaders. With the government’s capabilities, of course, hoax information about COVID-19 must be prevented.
When the pandemic and the economic sector experienced a decline due to the decline in people’s purchasing power, this seemed to be a concern for many people until finally some people emerged who were desperate to create a narrative where Covid-19 did not exist and was only the result of thought. In fact, during a pandemic like this, noise must be minimized.
With the increase in cases of covid and along with vaccinations, of course the hoax narrative must be immediately crushed and the perpetrators must receive the consequences, either in the form of legal action or social sanctions that can provide a deterrent effect.
)* The author is a contributor to the Press Circle and Cikini Students