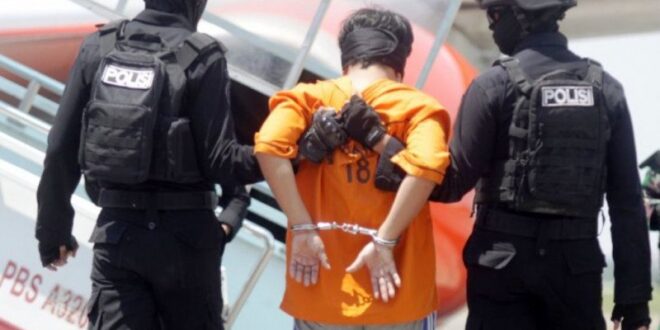 The public appreciates law enforcement for terror groups. Law enforcement is expected to prevent acts of terror and create a deterrent effect on perpetrators.

Eradication and law enforcement against terror groups is a very important thing to do. In fact, a very good breakthrough has been made by the National Police Chief, General Listyo Sigit Prabowo, regarding the addition and improvement of personnel from the Special Detachment (Densus) 88 Anti-Terror Police.

The General Chairperson of the Central Executive Board (DPP) of the Nusantara Millennial Movement (Permana), Khoirul Abidin, said that he strongly supports the breakthrough made by the National Police Chief. The arrest of these terrorists is very important for Indonesia to do in order to prevent all possible acts of terrorism that will disrupt the stability and security of the country.

According to the report data in 2021, the Special Detachment 88 Anti-terror Police have managed to arrest as many as 370 terrorist suspects in the country, which is a very good result and needs to be maintained and even further improved. From this data, it is concrete evidence that the success of Detachment 88 is not a joke.

They are considered to have worked hard and are also able to answer all wild assumptions and hoax news that may have been circulating on social media regarding negative narratives about eradicating terrorism in Indonesia. Although the National Police’s Anti-terror Detachment 88 has worked very optimally, it cannot be denied that the increase in the number and regeneration of intolerant and terrorist movements is still quite significant.

Therefore, Khoirul Abidin appealed to the entire community to increase their vigilance and be able to play an active role as well as assist the officers to be able to prevent and detect early terrorism movements, whether they occur in the community directly or in cyberspace.

It is undeniable that the sophistication of technology and digital media nowadays is also widely used by terrorist groups to spread their teachings and brainwash the youth of the nation’s next generation. Not only propaganda of intolerant teachings, but the recruitment process can also be through social media. Usually they will immediately justify any means to destroy the integrity of the Unitary State of the Republic of Indonesia and make it seem as if the Pancasila ideology is a very bad ideology.

If all the propaganda plans are successful, then the next step is to recruit sympathizers that will definitely be easier. Therefore, with the widespread spread of terrorist movements, it is of course very important to develop and strengthen the personnel of the National Police Anti-terror Detachment 88. Cak Abid (Khoirul Abidin’s nickname) emphasized that upholding humanity and also the integrity of the nation is a shared task.

In line with the movement that has been carried out by Densus 88, the Yogyakarta Regional Police together with all members of the 9 Star Brigade, Banser and also Santri Ponpes Ibnu Hadi also continue to close ranks to strengthen law enforcement and rule of law in order to fight all movements of radical, intolerant groups that lead to terrorism. and divide the integrity of the Indonesian nation and state.

For this reason, it is very clear that terrorism is a common enemy and should not allow any space for them to move. Therefore, it is necessary to take law enforcement steps against terror groups so that these actions do not happen again in Indonesia.

Beware of Surges of Covid-19 Disrupting Transition to Endemic