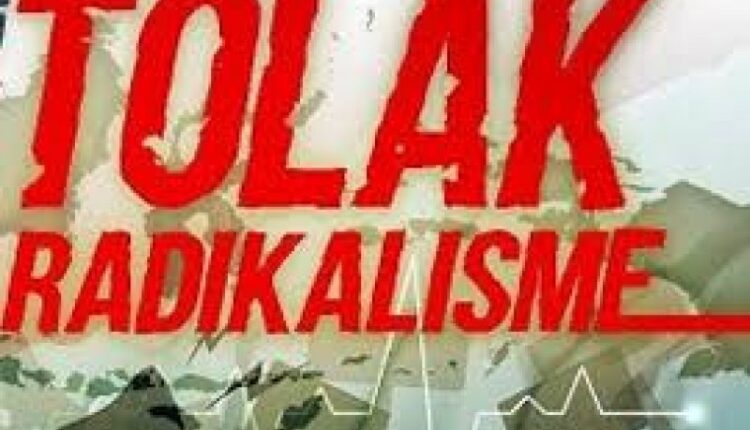 Radicalism is something to be wary of, this understanding if left unchecked can actually damage the harmony of life between people in Indonesia. It is necessary to supervise the figures who have the potential to carry agents of radicalism.

Brigadier General Ahmad Nurwakhid as the Director of Prevention of the National Counter-Terrorism Agency (BNPT), responded to a topic related to a radical lecturer delivered by the President of the Republic of Indonesia Joko Widodo on the occasion of the TNI-Polri Leadership Meeting at the TNI Headquarters.

Ahmad said the President’s statement was a strong warning to increase national vigilance. Therefore, this issue must be taken seriously by all ministries, government agencies and society in general about the dangers of radicalism.

To find out radical preachers, Nurwakhid describes several indicators that can be seen from the content of the material presented, not the appearance of the lecturer. There are at least five indicators that he conveyed. First, teach teachings to be anti-Pancasila and pro-transnational Khilafah ideology. Second, teach takfiri understanding which disbelieves in other parties who have different understandings or different religions.

Third, instilling an attitude of anti-leader or legitimate government, with an attitude of hatred and building public distrust of the government and the state through slanderous propaganda, fighting sheep, hate speech and spreading hoaxes. Fourth, have an exclusive attitude towards the environment and change as well as intolerance to differences and diversity. And Fifth, usually have anti-cultural views or anti-religious local wisdom.

Nurwakhid also said, to identify the characteristics of the lecturers, don’t get caught up in the appearance, but the content of the lectures and their perspective in seeing religious issues which are always clashed with national, cultural and diversity insights.

In line with this, Nurwakhid also emphasized that the radicalism group’s strategy was aimed at destroying Indonesia through various strategies that instill doctrine and narratives into the community.

There are three strategies carried out by radical groups, namely; First, it obscures, eliminates, and even misleads the nation’s history. Second, destroying the culture and local wisdom of the Indonesian people. Third, pitting the nation’s children against the views of intolerance and SARA issues.

This should be a joint vigilance to then cut off the spread of radicalism infiltration. One of them is by not inviting radical preachers to the community’s religious education room.

Historically, radical religious thought movements that are transnational in nature have developed since the last 3 decades in Bogor City.

After the New Order, the radicalism movement became increasingly open and targeted campuses, as a basis for spreading indoctrination among academics and students regarding narrow religious understanding. Here, some students who were exposed to radical ideas began to dare to voice the concept of the caliphate.

Radicalism can be the embryo of the birth of extremism and even terrorism. For this reason, the role and attention of all parties is needed in an effort to ward off these threats in the midst of the challenges of the current era of information disclosure.

The ideology of religious purification with a radical approach is a very serious threat to the sustainability of a nation and needs to be addressed jointly by all parties.

Currently the terrorist network is open and not closed as it used to be in recruiting its members. This is supported by the existence of the internet which allows anyone to access radical content and then register themselves to be part of the group.

Of course, the public must be more careful and selective in inviting speakers. We must not invite radical preachers in the name of democracy.

Of course, one must be careful in inviting figures who often show their antipathy to Pancasila, because Pancasila is the basis of the state that cannot be replaced.

Disseminators of radical ideology must be wary of, because not all people have “immunity” against exposure to radical ideas that can mislead someone to abandon their sense of nationalism.