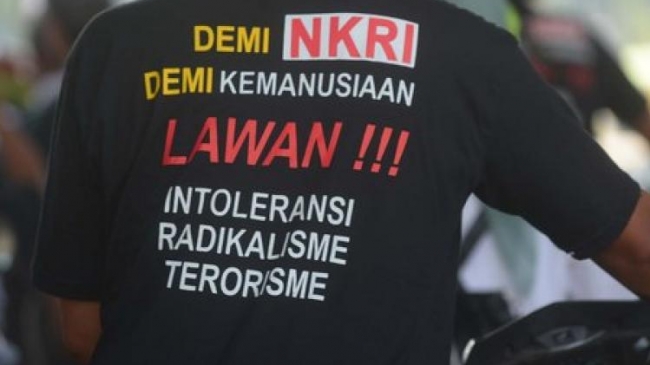 Beware of Radicalism and Intolerance Aim for Young Generation

The public needs to be aware of the spread of radicalism and intolerance that can target the younger generation. Youth is the backbone to advance the nation, so it must be avoided from the influence of these two notions.

It is certain that almost all cases of radicalism which then lead to the notion of extremism usually begin with an attitude of intolerance. So it can be said that intolerance is the seed of radicalism and terrorism activities.

Islah Bahrawi as Executive Director of the Indonesian Moderates Network said, Intolerance is something that shapes radicalism. If radicalism is formed, extremism will also be formed, if this is left the final stage will be terrorism.

According to him, intolerance and radicalism are not slices of different attitudes, but actually support each other. Islah admits that radicalism has become a polemic around the world.

The head of the National Counterterrorism Agency (BNPT) Komjen Pol Boy Rafli Amar said that the younger generation of Indonesia needed to increase awareness of issues of intolerance, radicalism and terrorism. As future leaders of the nation, the younger generation should not be disoriented towards their nation.

One of the prevention efforts that can be done is wisely accessing social media. Considering that currently there is a lot of misinformation circulating on social media, it is important to be able to choose the right reference in accessing information so that it is not provoked.

Apart from being wise in accessing social media, efforts to prevent and overcome intolerance and radicalism can be carried out through increasing national, religious and socio-political insight.

Boy also reminded the younger generation not to forget the national identity. A strong understanding of the nation’s historical struggles is needed to be digested, lived and practiced.

Intolerance and radicalism can threaten democracy and hinder development in Indonesia. The younger generation, which represents a quarter of Indonesia’s 270 million population, is particularly vulnerable to hate speech and radical messages.

If the attitude of intolerance is increasingly highlighted, of course the decline of a nation is a necessity, because this attitude makes it difficult for the government to develop policies.

In addition, intolerance also has the potential to cause divisions due to social conflicts in social life. It could be because of economy, social status, race, ethnicity, religion and culture.

Vice President Ma’ruf Amin once regretted the practice of intolerance that had reached an attitude of not wanting to be friendly, sitting next to each other or conducting business activities with groups or individuals of different religions or beliefs. He is also worried that if this intolerance is allowed it will be dangerous and damage the integrity of the Indonesian nation.

He also said that intolerance towards other beliefs is a violation of the constitution. Our constitution certainly guarantees the right to freedom of religion, this is stated in the 1945 Constitution Article 28E paragraph (1) and Article 29 paragraph (2).

We must be aware that tolerance is not just an academic term and affirmation, but the practice of diversity in dealing with diversity. Tolerance requires real action in every action. For this reason, mainstreaming the principles, insights, and practices of tolerance in a society with Bhineka is a necessity.

We also need to know that radicalism is a systematic effort by individuals or groups to carry out radical changes to the roots with violence. This understanding will be very dangerous if shared by the younger generation, of course we want a future that is safe and peaceful for Indonesia, so this nation needs a young generation who is able to create peace in Indonesia.

Radicalism itself in its form seems to feel soft because it does not cause direct violence, therefore it does not attract the attention of the security forces and the public does not pay special attention to it.

In 2015, a survey by The New Research Center revealed that in Indonesia, around 4% of Indonesians support ISIS, most of them are young people of productive age. In many cases in the work environment, the phenomenon of radicalism makes use of closed spaces and exclusive activities that are difficult to detect and monitor.