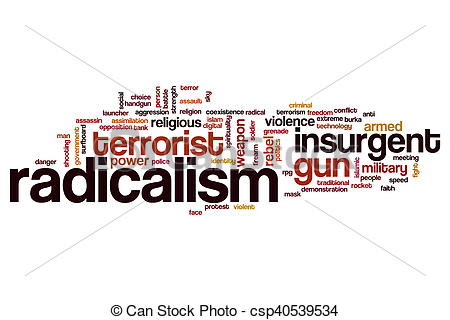 Beware of Radicalism and Intolerance in the Educational Environment

Radicalism and intolerance are a threat to the integrity of the nation that can enter the educational environment. All parties are asked to be vigilant so that the younger generation is not poisoned by this understanding.

Some time ago in Solo there was horrendous news, when children damaged a tomb whose bodies had other beliefs. They are suspected to be students of a radical informal school. After that, an investigation was carried out as to why the teachers had the heart to indoctrinate innocent children, and poison them with intolerance and radicalism?

This viral incident opened people’s eyes that radicalism and intolerance had entered the educational environment. Parents are starting to worry about whether their children are going to moderate schools or not. They need to be vigilant and investigate whether the educational institution is exposed to illicit beliefs.

Nahar, Deputy for Special Child Protection at the Ministry of Women’s Empowerment and Child Protection (PPPA) stated that the dangers of radicalism had already infiltrated the educational environment. He is concerned that the caliphate doctrine affects children’s belief in the ideology of Pancasila and the Unitary State of the Republic of Indonesia (NKRI).

Nahar continued, the PPPA Ministry condemned various forms of spreading the caliphate doctrine in schools. There, the Pancasila ideology was not taught, and there were no photos of President Jokowi and Vice President K.H. Ma’ruf Amin, even more extreme they forbade students to salute the red and white flag. Such teachings make students radical and intolerant.

People who are worried about what their children will be taught at school have started an investigation. They checked for themselves whether it was true that there were no photos of the president and vice president in class, and that there was no red and white flag ceremony and salute every Monday. This is reasonable to do as an effort to see whether the educational institution is radical or not.

The children’s books and modules are also monitored by the parents. Read carefully and look at the lesson schedule. Usually, radical educational institutions do not teach nationalism, Pancasila, and civic education. The children were also asked if their teacher had ever told them about the caliphate state system, jihad, and terrorism.

The investigation can also be seen from the social media of the school and its teachers. If caught uploading about jihad then it should be wary. To be more secure, the children can be transferred to other schools that teach nationalism. It is better to choose an upright educational institution than children to become victims and want to become terrorists.

If there is a school that is suspicious and has radical characteristics, then don’t hesitate to report it to the National Counterterrorism Agency (BNPT). They will carry out further investigations and close the educational institution, if it is true that they teach radicalism. This step must be taken so that no more students and guardians of students become victims.

Children who have already studied in radical schools need to de-radicalize their way of thinking. They need to be taught that religion brings love, and the violence and bombing taught by radical groups is a mistake, because the prophet never preached extremism. Invite them to sing national songs and revive their nationalism.

)* The author is a contributor to the National Institute

Appreciate the Establishment of the PMK Task Force