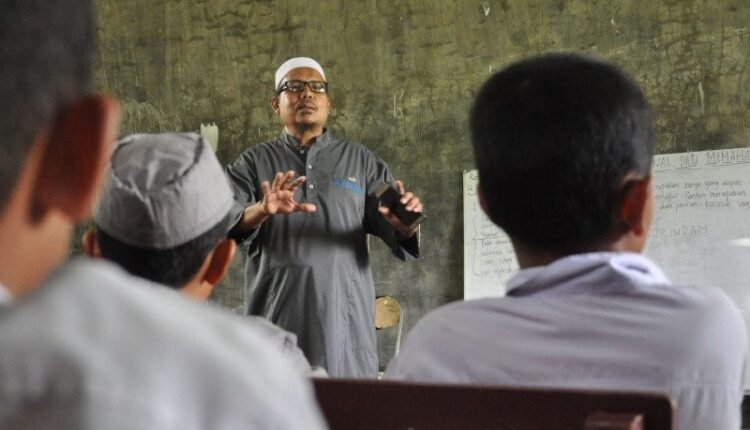 Beware of the Snare of Radicalism in Minors

Radicalism is still a common threat because it can target anyone, including minors. The public must be aware of this phenomenon and protect children and youth from the dangers of radicalism and terrorism.

Children are future leaders of the nation and we place our hope on their shoulders. They are educated well and lovingly, with the aim that someday they will become intelligent and responsible adults. It’s a shame that minors are actually being targeted by radical groups and how evil they are because they will damage the future of these young children.

Deradicalization partner of the National Counter Terrorism Agency (BNPT) Iqbal Khusaini revealed that they, minors, tend to be easier to recruit and more agile in carrying out orders. In a sense, radical groups are really crazy for recruiting minors as new cadres.

Recruiting these young children is relatively easy because their parents are also members of a radical group, so from birth they have been poisoned by this dangerous thought. This is evidenced by the findings of children in Makassar who were indicated to have been exposed to radicalism and were exposed to their parents.

Radicalism can also be transmitted through schools and the evidence is that some students from a school (who turned out to be unlicensed), committed acts of intolerance, by destroying graves. It turned out that the teachers and teachings there were indicated to be radical, so they were immediately handled by the security forces.

From these two cases, it is evident that minors are relatively easy to become new cadres. The reason is because they are still naive and innocent and do not know that radicalism is dangerous. Especially if it is their parents who infect radicalism, so they are willing to be taught that way.

Minors (under the age of 17) are also often exposed to radicalism from social media. Although Facebook and several other social media require the age of 17 as the minimum age, they outsmart it by ageing the year of birth. Whereas social media is not completely safe, because radical groups have started to enter there.

These children play social media because they want to exist, as well as enjoy free games on Facebook. However, they are at risk of being exposed to radicalism from accounts scattered on Instagram, Facebook, and other social media. The account spreads the idea that jihad is cool, being a hero, etc. So that the children are amazed and then just want to be recruited.

This is where parents play an important role in preventing the entry of radicalism into minors. Don’t let them get radicalized from school and when they want to register there, first investigate whether the teachers and the foundation are exposed to radicalism? One of the characteristics is that they do not display photos of the president and his deputy and Garuda Pancasila, because they do not recognize the current government.

Meanwhile, children can be prevented from being exposed to radicalism on social media by teaching them that radicalism is wrong. Teach them in their language to be understood, so that they understand that radicalism and terrorism can damage this country.

Parents must be aware of the snares of radicalism in minors because they are still too innocent and can be recruited easily by radical groups to become new cadres. Early education must be carried out so as not to be easily exposed to radicalism.