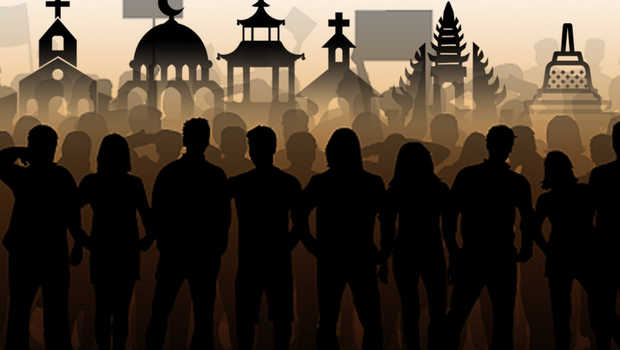 Beware of the Spread of Radicalism in Society

Radicalism must be wary of so that it does not spread throughout this country. Do not let because of ignorance, finally enter the group and then go the wrong way.

The spread of radicalism is a big task because many people don’t think it’s true because they are being tricked by radical groups. This understanding is clearly dangerous because it can break the unity of the nation, as well as using violence so that it can threaten the lives of civilians and damage public facilities.

H. Ahmad Mudhlor Ali or who is familiarly called Gus Mudhlor, the Regent of Sidoarjo, stated that of the 18 sub-districts in Sidoarjo, 15 of them are suspected to be affiliated with radical groups. Of the 15 sub-districts, there are those with yellow to red status, including the districts of Sedati, Candi, Tarik, Gedangan, Buduran, Balongbendo, etc.

In a sense, Sidoarjo is already in a dangerous phase because the majority of its territory is affiliated with radicalism. Whereas radical groups are also affiliated with terrorist groups. We also don’t want it to have the title of a hotbed of radicals and terrorists. Therefore, there needs to be an eradication of radicalism in a spartan way so that radicalism really disappears.

Gus Mudhlor added, according to monitoring, there was 1 place suspected of having a bunker containing weapons. He certainly wanted a further investigation and if it turns out to be true then the weapon must be confiscated because it does not have an official permit.

Radical groups in Sidoarjo must be eradicated because first, they are not natives there but migrants, and should obey the rules. Second, the spread of radicalism has entered residential areas and places of worship. So it must be stopped now.

The public must be aware of the spread of radicalism in housing because the average population there is immigrants. As a newcomer, usually there are those who are ignorant and some are easy to get along with. However, do not let the nature that is easy to get along with other people even lead us to radicalism, because we are not allowed to associate with the wrong people.

The public must understand the characteristics of people who have been exposed to radicalism, for example, always talk about jihad and the caliphate state. They also usually don’t want to display pictures of the president and his deputy on the walls of their houses, because they think the current government is illegitimate. If it is true that a neighbor turns out to be a member of a radical group, then just report it to the security forces, so as not to disturb other people.

In addition, a house of worship that turns out to be radical must be considered for its characteristics. First, usually during the sermon they always tease and blame the government, then they say it’s better to change to a caliphate state. They talk like that as if they are smart themselves even though they do not know that the caliphate is not suitable to be implemented in a pluralistic Indonesia.

Second, a radical house of worship does not want to tolerate and can even incite its congregation to be hostile. Whereas enmity with people of other faiths is certainly dangerous because it can lead to brawls in the name of SARA. Even more extreme, there is an ‘exclusive’ house of worship, when the worshipers there are not the congregation, after that they are immediately mopped many times.

The public needs to be aware of the spread of radicalism so as not to get caught up in it. In addition, the eradication of radicalism can be started from the WA group, because that is where a lot of hoax news and propaganda about radicalism are spread. If it is a hoax, then explain that it is wrong, so that no group members are affected by radicalism.

The spread of radicalism deserves to be watched out for because it has spread massively, it is even reported that there is 1 place in Sidoarjo that has a bunker to store weapons. This reveals the horror of dealing with radical groups. Therefore, do not hesitate to report to the authorities if you know a person or place suspected of holding radicalism.