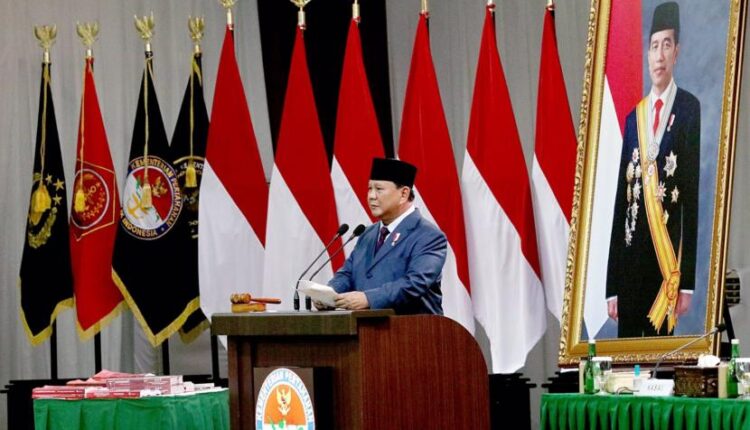 The government continues to improve professionalism in dealing with terrorism and radicalism. With these improvements, it is hoped that the spread of these two notions can be maximally suppressed.

When there is an attack from a terrorist, that is where it is highlighted how to handle it. The public saw how swiftly the security forces were able to secure the location, protect the victims, and investigate who the real perpetrators were. In addition, there are still many who do not know that terrorism and radicalism have been prevented by the government (not only ‘treated’ after the attack) with various strategies.

Anti-terror Densus 88 as the apparatus tasked with overcoming and preventing terrorism and radicalism will swiftly obey Prabowo’s orders. The reason is because they also do not want Indonesia to be destroyed because of the actions of terrorist groups. In fact, with the direction of the Minister of Defense, they can work with more enthusiasm.

Professionalism in overcoming terrorism and radicalism is also achieved through cooperation with various countries, especially in the ASEAN region. The reason is because a terrorist network was found that was linked to the terrorists in Sulawesi and in Moro, Philippines. If there is cooperation, Indonesia and other countries can be united in eradicating terrorism and radicalism.

The collaboration between the Indonesian Ministry of Defense and ASEAN countries is called Our Eyes, the goal is to eradicate terrorism and radicalism in a compact manner. Indonesia does have a vulnerable point for terrorism, but it can be prevented by cooperation and increasing professionalism.

When there is an increase in professionalism to eradicate terrorism, we are optimistic that terrorism and radicalism can be quickly overcome. Good cooperation is also carried out between the government, security forces, and the people. Every element of society must understand the dangers of terrorism and they can help the government so that radicalism does not spread throughout this country.

Minister Prabowo added that threats to watch out for are chemical, nuclear, radiological, biological, explosive attacks, etc. These threats need to be watched out for because if there is an attack, either from a terrorist group or another, it will be very dangerous. Nuclear attacks and others can cause damage in Indonesia and cause a lot of losses.

Terrorist groups are getting smarter and they are not only making Molotov cocktails but also other types of bombs and carrying out chemical attacks. For this reason, security forces need to improve their knowledge so that they know how to deal with this attack and keep updating so they don’t miss out.

The security forces increase their professionalism sincerely because they also want terrorism and radicalism to disappear from Indonesia. Eradication of radicalism and terrorism is carried out as well as possible, because they not only carry out their duties, but also want to create a safe and peaceful Indonesia.

Professionalism must be increased to deal with terrorist groups, so that terrorism and radicalism do not spread throughout Indonesia. With the cooperation between countries and the hard work of the security forces, we are optimistic that radicalism and terrorism can be eliminated completely.

Beware of the Spread of Radicalism Targeting Children on Social Media