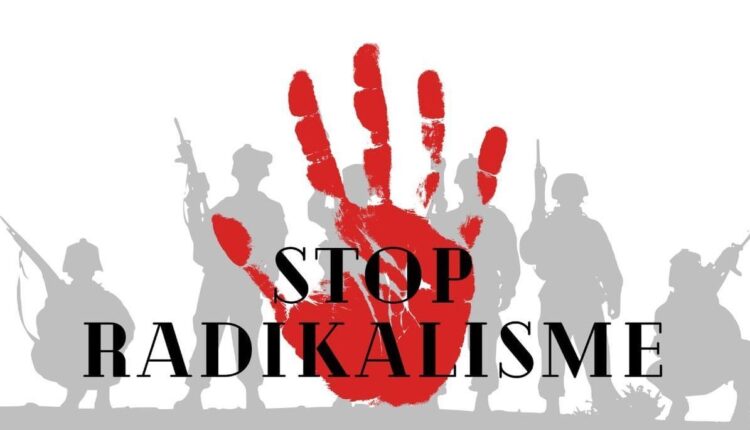 Radicalism is still a threat to the nation in the era of information disclosure. Therefore, it is necessary to implement nationalism in order to prevent the spread of radical ideas that can create national divisions.

It would not be a good thing if in a country with democratic principles like Indonesia, but there are still people or groups of people who turn out to be hard-liners. This, of course, will threaten the harmony between citizens in the absence of tolerance in society. In addition, it is very inconsistent with the noble ideals of the founding fathers of the nation who echoed the motto Bhinneka Tunggal Ika.

Therefore, it is very important to have an implementation of Nationalism, especially for the youth of the next generation of the Nation so that they are not easily eroded by the currents of globalization and instead forget their own national identity and finally echo something that comes from abroad.

This is very real, especially in the digital era like today. How did millennials respond to surfing social media, all of these aspects did not escape the observation of the Regional Military Commander Maj. Gen. Untung Budiharto. Therefore, he hopes that the younger generation will be able to better capitalize on the sense of Nationalism in the next generation.

In order to teach the spirit of Nationalism to students in particular, the Jaya Regional Commander Major General Untung Budiharto immediately formed a program called Army Go to School with the main goal of educating millennials about the insight of Nationalism. Of course, this movement is useful to prevent the entry of forbidden ideas among young people.

Major General Untung Budiharto said that the activity would be directly attended by the Military District Commander (Dandim) who would come to schools so that the millennials would be able to have a strong awareness of defending the country and defending Pancasila.

It is not without reason that this program was created, the Pangdam Jaya explained that he wanted to prepare young people so that they could maintain the existence of the nation. For him, the basis for safeguarding the existence of this nation lies in the basic understanding of the ideology of the Republic of Indonesia. According to him, it is very important that the spirit to build the nation must be perpetuated from generation to generation.

In line with what Major General Untung Budiharto said, Coordinating Minister for Human Development and Culture (Menko PMK) Muhadjir Effendy revealed that Nationalism is indeed a very important thing to be taught to the younger generation of the nation’s successors. This is because there is state defense, values ​​of love for the homeland, awareness of the nation and state, believes in Pancasila as the state ideology and is willing to sacrifice for the nation and state.

When millennials are really attached to their hearts regarding the idea of ​​Nationalism, Muhadjir Effendy admits that they will easily be able to prevent the spread of radicalism. Furthermore, he also considered that it cannot be denied that the younger generation is the spearhead of efforts to defend the country.

Muhadjir also appealed to all the young generation to be able to form their mental and leadership spirit and dare to be tough even to themselves. This is a prerequisite for him to be easy to control himself and not easily influenced by a negative environment, especially those that lead to things that smell like radicalism and intolerance, especially to the point of leading to various kinds of violence and extremism which of course can threaten the integrity of the Unitary Republic of Indonesia.

On another occasion, the Deputy Speaker of the House of Representatives, Jazilul Fawaid, admitted that he was very concerned about cases of radicalism which later turned out to still exist and continue to move in various directions. He emphasized that this is certainly very dangerous for the Nation and the root cause of the emergence of the idea of ​​radicalism is the lack or decline of a sense of Nationalism.

Nationalism itself is indeed a very important thing because it is the main basis for the formation of the ideology of love for the homeland. If the next generation of the Nation has faded the spirit of nationalism, it is not impossible that radicalism and extremism will increasingly mushroom in Indonesia.