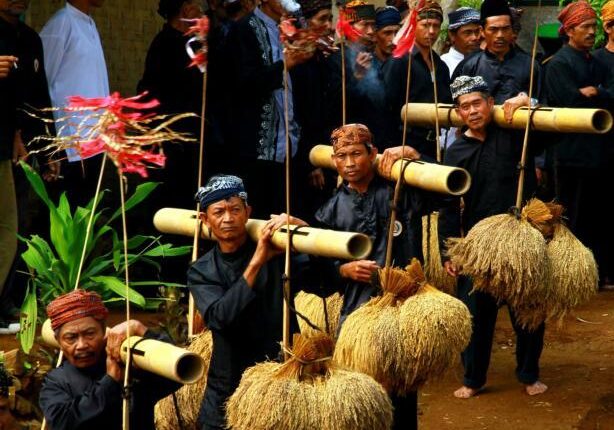 As is known, radicalism in Indonesia is still around us. Radical behavior is reflected in the nature of intolerance, forcing changes in the order, degrading the dignity of women, tending to oppose positive laws, to resistance to all state institutions. That way, if the process of strengthening radicalism is not stopped immediately, it will have the potential to escalate the problem from time to time.

The author hopes that the government can formulate a persuasive strategy to stop the process of strengthening radicalism in all aspects, including the aspects of state and regional bureaucracy. The government must not lose control of the running of the bureaucracy.

Every individual in Indonesian society grows from the culture or customs adopted by their parents and ancestors. From that culture was born what is called local wisdom.

In every community, there is always a spirit to live in harmony which means harmony or avoiding conflict. That wisdom has been passed down to everyone in Indonesia from generation to generation.

Everyone already understands that the radicalism that is growing today is an outside culture. Therefore, one way or strategy to counter radicalism is to reaffirm the noble values ​​of local wisdom in every community in Indonesian society.

As an effort to ward off radicalism that contradicts the Pancasila ideology, the Humanitarian Social Alert Movement (GASSAK) held a diversity discussion as well as a declaration of attitude to reject all forms of intolerant radicalism and terrorism in Yogyakarta.

Zan Yuri Faton as Chair of GASSAK said that the movement of intolerant radicalism and even terrorism was vulnerable to emerge in the community. Several times there have been residents who were indicated to be involved in intolerant radical movements. The indications are clear and known to the government and the police. One of them is against culture and tradition or local wisdom by calling it sirik. Always impose one’s religion, belief or belief which is considered the most correct and easy to accuse others of being infidels or heretics.

To anticipate the development of intolerant radicalism and terrorism, GASSAK held a discussion with the theme “Maintaining and Preserving Local Culture and Wisdom in Order to Counter Radicalism to Maintain the Conduciveness of Gunungkidul Regency”.

Based on the information the author got, the discussion was attended by 50 figures from nine Community Organizations (Ormas) in Gunungkidul and attended by a number of officials from the Gunung Kidul Regency Government, Gunungkidul Police, Kodim 0730/Gunungkidul, and the Gunungkidul Indonesian Ulema Council (MUI).

According to Zan Yuri Faton, Gunungkidul is one of the regencies in DIY which is still thick with culture and local wisdom. This is because the local community still maintains the culture of mutual cooperation, mutual harmony and mutual care while still holding on to ancestral traditions.

However, what must be considered is that intolerant radicalism tries to erode the culture and local wisdom that exists in Gunungkidul. This clearly endangers the unity and integrity of the Indonesian nation because it is contrary to social values ​​and injures universal humanity.

Thus, GASSAK will continue to move to educate through cultural approaches and local wisdom as well as humanitarian activities. They will also invite the public to fight and reject all forms of intolerant radicalism and terrorism in order to maintain a conducive situation in Gunungkidul Regency.

AKP Mujiman as Kasat Binmas Polres Gunungkidul also hopes that GASSAK can assist the police’s tasks not only to stem intolerant radicalism and terrorism, but also in other fields of security and public order (Kamtibmas).