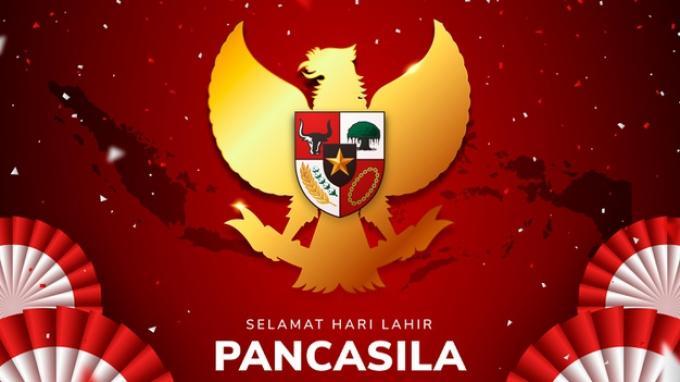 The government has set June 1 as the birthday of Pancasila. The commemoration of the birth of Pancasila is of course expected to be a momentum to erode radical and intolerant movements.

Pancasila is the basis of the state that should not be forgotten, the founders of the previous nation have united Indonesia which consists of various ethnic groups, religions and languages ​​and cultures into one nation, but this has begun to be eroded by understandings such as radicalism.

Radicalism seems to be a fairly complicated problem, the existence of this understanding has penetrated the educational environment, including state universities in Indonesia. The movement was very smooth and quiet, until then radical cadres from academia emerged.

The government of course has a duty to continue to inflame the spirit of Pancasila which carries Bhineka Tunggal Ika, because Indonesia is a pluralistic country that is not inhabited by only one religion and one tribe. Don’t let the omission of radicalism become a ticking time bomb for the damage that exists in Indonesia. Because Pancasila actually brings the spirit of peace to all people in Indonesia.

On May 29, 2022, Polda Metro Jaya has investigated a convoy of motorbikes that was found carrying a poster that reads ‘WELCOME TO THE RESURRECTION OF THE ISLAMIC KHILAFAH’ in Jakarta. The Head of Public Relations of the Polda Metro Jaya, Endra Zulpan, stated that this activity could not be justified. Therefore, Polda Metro Jaya will investigate the case. The convoy carrying posters reading the rise of the caliphate was not in accordance with the provisions of the legislation. Meanwhile, the East Jakarta Metro Police Traffic Head suspected that the convoy was heading to a party event in Central Jakarta.

A similar convoy actually happened in Brebes, Central Java. The Head of Public Relations of the Central Java Police, Iqbal Alqudusy, confirmed the information regarding the convoy in Brebes. The police also have a video recording of the activity. He explained that the police had been trying to find parties in the convoy for questioning regarding the intent and purpose of the action.

However, calls for the establishment of a caliphate in the country are not in accordance with the provisions of the law. We must also understand that the caliphate is not a sharia product. The late Buya Syafii Maarif in his book entitled Islam in the Frame of Indonesianness and Humanity wrote that there is no one valid religious argument that can be used to justify it. Social theory and political theory must have experienced developments and changes throughout history. Only those who do not believe in the principle of change will continue to stick to something that has been weathered by the times.

This shows that the caliphate is not very irrelevant to be applied by Indonesia with all the existing cultural diversity. The Khilafah will only make Islamic civilization a path in place, or even the people are told to mourn the past which is described as all sweet, but fails to build the present and the future.

The current Pancasila is the final ideology to be applied in Indonesia. Because Pancasila is able to embrace all Indonesian people regardless of cultural, ethnic and religious background.

If the proponents of the caliphate refer to the caliphate system in the Umayyad, Abbasid, and Ottoman eras, such an authoritarian system of caliphate will not be suitable to be applied in the current era.

The most important thing at this time for the community is to explore Pancasila as an ideology that is kaffah for Indonesia. Pancasila is not just the 5 precepts that are read out during the ceremony, but also the points that must be practiced for the sake of the strength of the Unitary State of the Republic of Indonesia so that it will not be easily shaken when exposed to an understanding or ideology that is not in accordance with the spirit of Pancasila.

Today’s radical ideology should be wary of, radical movements have even been initiated in the realm of education. Pancasila as the basis of the state must really be practiced, for the realization of a strong nation and a nation capable of embracing all people who live and live in Indonesia.