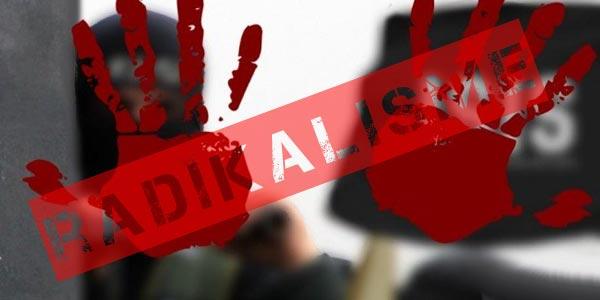 Political parties and mass organizations must be free of radicalism

Radicalism is a common enemy that can target every element, including Political Parties (Parpol) and Community Organizations (Ormas). The community also supports that political parties and mass organizations are free from radicalism because they can trigger conflict in society.

Political parties (Parpol) have mushroomed since the fall of the New Order, and now people can choose which political parties match their ideals. Likewise with Ormas, the number is also increasing because Indonesian people like to socialize and organize.

However, the growth of political parties and mass organizations must be in a positive direction. In a sense, they must not have views that are contrary to the government, such as radicalism. There are already radical mass organizations that have been frozen by the government and are strictly prohibited from being in Indonesia. Meanwhile, political parties that are found to be radical are strictly prohibited from participating in the general election.

Luqman Hakim, Deputy Chairman of Commission II of the DPR RI stated, ‘The notion of radicalism, which is the shortest stage of becoming a terrorist, has infiltrated many segments of society, including political parties. The potential danger is very worrying. Therefore, the government must be aware of radicalism. There needs to be a purge of radicalism, not only among ASN but also in Ormas and other elements of society.”

Radicalism among mass organizations must be eradicated, because they have a large enough influence in society. If the Ormas is in error because it is radical, then its members and followers will also make mistakes. Therefore, the community strongly supports the government which firmly disbands radical mass organizations and prohibits their logos from being spread in public places.

Each Ormas must be free from radicalism and its selection from the start. When they are going to register a permit with the government, there are several conditions, one of which is loyalty to the state, the 1945 Constitution, and Pancasila. If they don’t, the organization will be declared a failure. Although it can operate secretly, its status is illegal so that each activity can be dismissed by the authorities.

Apart from Ormas, political parties (Parpol) must also be free from radicalism. Imagine if there was only one political party that was radical, then in his campaign he would promote the heroism of jihad, the caliphate state, etc. Even though we are no longer at war because the era against the VOC is over, so that jihad is no longer needed.

Meanwhile, Indonesia’s plural condition and has many tribes and there are 6 beliefs recognized by the government, makes the concept of caliphate not suitable to be applied in this country. It is impossible for the caliphate to unite with democracy because they are mutually exclusive.

Every political party is strictly forbidden to be radical and if caught, it will not pass the selection during the general election. This is not a violation of liberty. However, as a way to maintain the integrity of the nation from attacks of radicalism and terrorism.

If a political party is found to be radical, the government will dissolve it for violating the law in Indonesia. Therefore, radical groups are prohibited from creating their own political parties or infiltrating a party to become cadres.

Then, if any political party is found to have radical members, they must be expelled. The reason is because it is feared that the member will poison the thoughts of others. The chairman of the political party must act decisively in his actions, especially overcoming radicalism.

The Expansion of the Papua Region Realizes Equitable Development