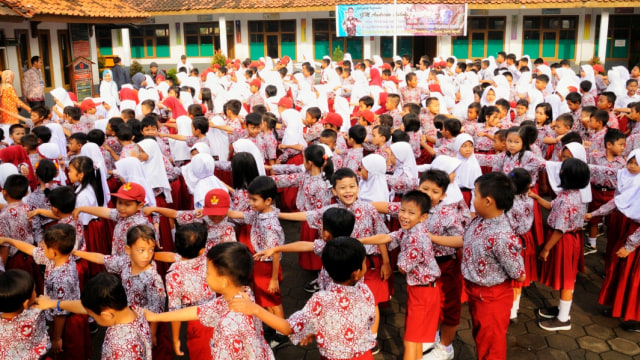 Protecting the World of Education From Radical Understanding

Radical understanding is a dangerous thing that can damage the Indonesian nation. The spread of radicalism and intolerance is widespread and the public needs to be aware of the rate of the spread of radicalism. As said by Komjen Gatot Eddy Pramono as Deputy Chief of the National Police that in entering the new academic year, the world of education, especially at the university level, must continue to increase awareness of violent ideologies and movements.

Especially the movements aimed at overthrowing the legitimate government with legitimacy based on a false religious understanding. These ideologies and movements are intolerance, radicalism, extremism, and terrorism.

Gatot said that based on the records of the Global Terrorism Index 2022, throughout 2021, there were 5,226 acts of terrorism worldwide. The death toll that fell as a result of this action reached 7,142 people. Not a few of these are children, women, and the elderly. This shows that terrorism is a crime against humanity, not a religious movement.

In Indonesia itself, based on data held by Densus 88 related to acts of terrorism and the arrests of perpetrators also show high numbers. This phenomenon cannot be separated from the spread of radical ideas and movements as well as intolerance which mainly targets young people, including targeting the area of ​​education.

As the last door before lumping into terrorism, radicalism is an attitude or mentality that approves and supports the use of violent actions to achieve a goal. According to the author, if these attitudes and understandings are not intervened immediately, it is very possible for someone who is already radical to become a terrorist. The person concerned no longer supports and approves of violent acts, but has been directly involved by being the perpetrator or executor of these violent acts.

Thus, the thing that must be understood together is that radicalism occurs gradually and with different levels. In general, radicalism stems from intolerance, which is an understanding and attitude that rejects the existence of other groups such as uncomfortable with differences.

There are several reasons why young people are easily attracted to narratives or even intolerant and radical movements, such as the following.

Second, these young people need a feeling of togetherness. That way, terrorist groups take advantage of this loophole to teenagers who are restless about their emotional state, so they persuade young people who want to find togetherness that is sometimes not obtained from their families.

Third, they want to fix something that is considered to have hurt the sense of justice. Therefore, teenagers have a passionate spirit and high idealism to make changes so that radical groups take advantage of this to invite them to act violently.

Fourth, they are building a self-image where they really want to stand out or exist. They tend not to hesitate to do various ways to appear impressive, including being part of extremist groups and movements.

Fifth, they have broad access to interact with anyone in cyberspace, including radical groups. The intersection that occurs in cyberspace is often the beginning for young people to join terrorist groups.

Based on some of these causes, overcoming the dangers of radicalism and terrorism among universities must be prioritized, apart from being part of the three major sins in the world of education that are being aggressively eliminated by the government, radicalism and terrorism also have great potential to destroy not only the country, but humanity. and our civilization.

Furthermore, the Police are serious about building cooperation with universities in Indonesia to fight all forms of teachings and violent movements. This is done by increasing national preparedness, massification of counter-ideological programs, deradicalization, media neutralization, and neutralization of the situation.

The University needs to open more meeting rooms on campus, there should be no exclusive student organizations. Universities must also be firm about anti-radicalism regulations within each other. This can be realized, one of them by mutual agreement to always obey and uphold the four basic commitments of the state, namely Pancasila, the 1945 Constitution, Bhinneka Tunggal Ika, and the Unitary State of the Republic of Indonesia. Campuses must also always ensure that learning materials contain religious views