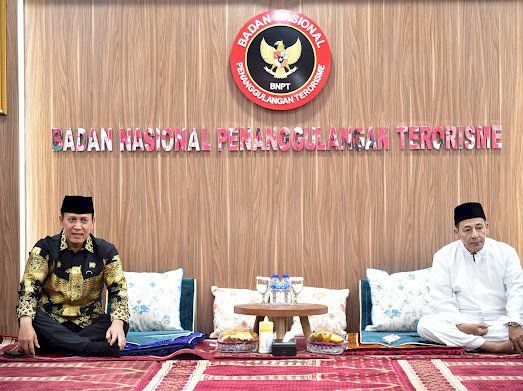 Extremism and radicalism are two dangerous ideologies, because they can poison people’s minds and destroy Indonesia. To prevent the spread of radicalism, it is necessary to optimize the role of ulama.

The government is trying to control the rate of radicalism so that it does not spread to all Indonesian citizens. Radicalism and terrorism should not change Indonesia for the worse. We certainly don’t have the same fate as Afghanistan whose government was overthrown because of the actions of terrorist groups. Therefore, all elements of society must also help the government so that radicalism and extremism are stopped from spreading.

One element of society that can suppress terrorism, radicalism, and extremism is the ulama. This was stated by Vice President KH Ma’ruf Amin. According to him, ulama can prevent radicalism from destroying Indonesia.

In a sense, ulama can prevent terrorism, radicalism, and extremism because they have great influence in society. If the ulama are united in fighting radicalism, the congregation will follow and make it viral. They always say that radicalism and extremism are wrong and should not be practiced in Indonesia.

Every ulema is obliged to give an understanding that the caliphate state that is glorified by radical and terrorist groups is wrong. First, it is not in accordance with the pluralistic Indonesian culture. The fear will be chaos because radical groups are completely intolerant of differences. If there is even the slightest difference, they get angry. It can even create violence such as destroying public facilities and bombing them.

Second, the caliphate is not in accordance with Pancasila and the 1945 Constitution. It could be that the concept is suitable for countries in the desert which are generally in the form of a kingdom, but if it is implemented in Indonesia, it cannot. The concept of Pancasila and the 1945 Constitution had been carefully drawn up by the late Bung Karno, Bung Hatta, etc. So that terrorist groups cannot simply replace them.

The scholars also informed that terrorist and radical groups always use religious issues to attract the attention of many people. In fact, they may only quote and do not include the complete text, so that the context is distorted. This is something they need to sort out.

All clerics and scholars should give a calming lecture. Religion as grace and full of peace and love. Religious believers are obliged to maintain good relations with God and fellow human beings.

In order to maintain religious law, the Prophet Muhammad could preach gently. Not by extreme means such as sweeping with violence, attacks, and bombings. This was never exemplified at the time of the prophet so it was a big mistake.

On the other hand, don’t be pro-terrorist groups because ulama who support radicalism are just as unfaithful to Indonesia. They must understand why terrorism and radicalism are prohibited in this country. Don’t even be a supporter, because it’s the same as fertilizing terrorism.

Being a cleric is a privilege because you can give influence in society and use this privilege to do good. Religious lectures should provide enlightenment and a sense of happiness, without provocation. Scholars must remember to spread peace. Instead of being pro-radical and terrorist groups.

Terrorism and radicalism as well as extremism can be crushed from Indonesia with the hard work of the ulama. They give cool and nationalist lectures. The community is also obliged to help the ulama by staying away from terrorism groups and dispelling hoaxes about jihad.