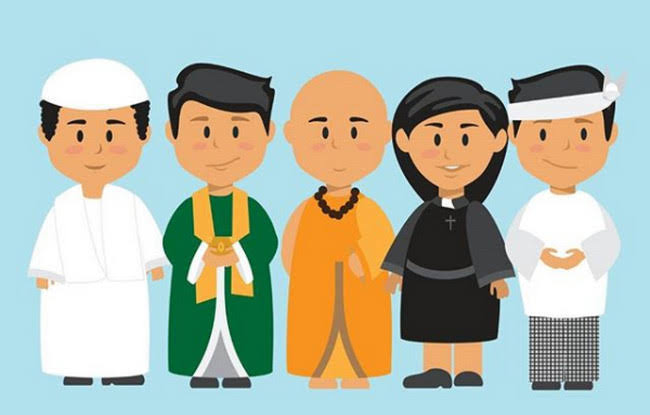 Indonesia’s integrity is something that must be maintained. One way to strengthen the integrity of the nation is by religious moderation.

Indonesia is a unified country even though it has different tribes. Unfortunately, since the reform era, radical groups and other elements have emerged who are trying to destroy this country. They did it on purpose in order to become the new leader, though in very cunning ways.

If Indonesia is destroyed, it will be miserable because the situation could be worse than the initial era of the pandemic. Therefore, as good citizens, we are obliged to maintain the integrity of the nation. One of them is religious moderation, namely the attitude to religion in the middle, not extreme right or left but full of tolerance.

Vice President KH Ma’ruf Amin stated that religious moderation is important in the midst of Indonesia’s diversity. Because diversity is the basis for maintaining the integrity of the nation’s attitude. He hopes that moderation (religious moderation) becomes a guide in the life of the nation and state to maintain the integrity and diversity of Indonesia based on Pancasila and the 1945 Constitution.

In a sense, religious moderation is important to spread throughout Indonesia, so that all people understand it. If they already know how to be a good religious person, which not only fosters good relations with God but also with fellow human beings, then they will respect each other. The reason is because they understand that relationships with everyone need to be maintained even though they have different beliefs.

Tolerance and understanding that differences do not matter is one of the essences of religious moderation. If people understand religious moderation, then they don’t hate people who have different beliefs. The reason is because in Indonesia there are 6 religions recognized by the government. After all, differences in beliefs are not an obstacle to working together, because those with different beliefs are brothers and sisters in humanity.

People apply religious moderation by controlling emotions. When there is a celebration of people with other beliefs, they are not angry because they understand that they are happy and celebrating. The difference does exist but not to be exaggerated and trigger friction.

In addition, the public also continues to be careful. Even though they have tried to apply religious moderation, there are still hoaxes, propaganda, and other attempts by radical groups to divide the nation. They are especially careful on holidays so as not to fall into the trap and make friends with members of radical groups.

Religious moderation is the key to maintaining the integrity of the nation. If all groups of people apply religious moderation, this nation will be intact and peaceful without any damage caused by provocations.